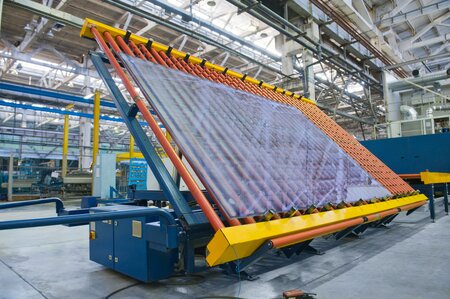 The Manchester-based glass manufacturer, Float Glass Industries, and its parent company have gone into administration.

The administrators are looking to sell the business as a going concern, but for now, the future is uncertain.

Who is Float Glass Industries?

Float Glass Industries stocks and manufactures glass products for the construction industry. It distributes products across the UK and was considered one of the country’s leading suppliers.

The business has been operating for over three decades and has more than 200 staff members, so has become a significant part of the Wythenshawe community.

Many believe Float Glass Industries generates an annual turnover of approximately £25 million, so it was a shock to the local community and industry as a whole when it announced its move into administration.

Uncertainties caused by Brexit and a competitive market are said to have caused the company’s downfall.

On 21 December, Kerry Bailey and Martha Thompson of BDO were appointed as joint administrators. The company will continue trading while seeking a buyer who will take on the business as a going concern. Bailey commented:

"Unfortunately the economic climate and difficult trading conditions have significantly affected the business. However, we are hopeful of securing a sale and the company will continue to trade whilst this is explored.”

Before the administrators’ appointment, the company made several redundancies. These included an estimated 30 employees just before Christmas, however, the company has not confirmed the exact number.

This severe action is thought to be part of a downsizing programme that will stabilise the business and secure jobs for the future. However, it has still left some of the redundant employees out of pocket.

The administrators for Float Glass Industries said that making these individuals redundant was “regrettable” and that they will “facilitate the payment of statutory redundancy pay to eligible staff members”. However, it seems that those who left in December will not receive their full entitlement due to lack of funds caused by the “unexpected collapse of its parent company”.

All the remaining staff were paid in full for December and will return in the new year. Hopefully, a buyer will be found soon, and these employees will have more certain futures.

If you are concerned about administration and the effects it might have on you or your employees, talk to our experts today. We’ll give you advice tailored to your business and industry, and offer assistance throughout the entire insolvency process.