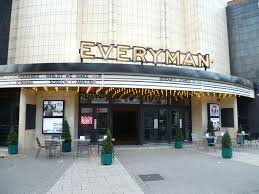 Everyman, the cinema chain, becomes the latest in the cinema industry to hire financial advisers to assess its viability, amid the impact coronavirus has had on its finances, from forced shutdowns.

FTI Consulting have been appointed.

Everyman Media Group has 35 sites and is publicly listed in London. It raised £17.5 million from a share placing in April, in attempts to strengthen its balance sheet.

As seen by other cinema industry players - Vue and Cineworld - chaos is being experienced in the field. Film studios are delaying blockbuster releases and in some cases, deciding to release them on streaming platforms instead.

Everyman positions itself as a company that 'redefines cinema'. It has an innovative lifestyle approach in that when watching a film, you can have food and drink served to you at your seat. Customer service is key. They plan to launch into more UK towns and cities in the coming period.