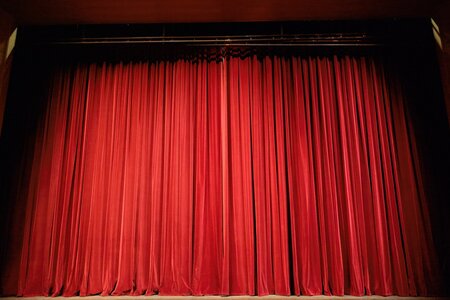 The Epstein Theatre in Liverpool is going into administration, following years of financial difficulties.

Here, we’ll explore how this situation came about, and what this might mean for the theatre-loving public who have already booked tickets for the Christmas season.

What is the Epstein Theatre?

The Epstein Theatre is a historic playhouse in the heart of Merseyside. The 380-capacity venue is truly iconic, and a Grade II listed building. It opened in 1913 as Cranes Music Hall and became the go-to place for dances and 'am-dram' productions of popular shows.

Since then, the theatre kept closing and reopening every few years. After the council took it over in 1967, it became the Neptune Theatre. However, the council threatened to close the theatre several times, despite the outrage of prominent performers including Dame Judi Dench.

The theatre remained open for decades but closed again in 2005, this time for safety reasons. In 2011, it had a £1m refurbishment to get it back up to industry standards.

It reopened later that year as the Epstein Theatre, named after the Beatle’s famous manager who died the same year the council took over the building.

In 2012, Liverpool Council awarded David and Rebekah Pichilingi an 18-year contract to run the theatre. However, since then it has not been quite as profitable as the theatre-loving community had hoped.

Epstein Theatre announced it was moving into administration on 7 December 2017. FRP Advisory is acting as administrator.

It entered administration due to falling behind on rent payments. Liverpool Council owns the freehold to the building, but the presence of a long leaseholder, Hanover Estate Management, complicates matters.

FRP Advisory has stated that the aim of restructuring is to make the council the primary leaseholder. Hopefully, this will be enough to turn the theatre’s fortunes around.

The reasons behind the non-payment of rent are currently unclear, however, there are several possibilities.

The theatre industry has seen a downturn in popularity due to the rising cost of tickets. There are also several theatre venues in Liverpool, so the Epstein Theatre may just be suffering from being at the heart of a competitive market. However, these restructuring efforts may help the theatre get back on track.

What does this mean for its customers and employees?

With pantomime season just beginning, many customers are concerned about the Epstein Theatre remaining open for performances they’ve booked.

However, the company insists that all performances will continue as normal while the administrators try to restructure the business.

The administrators have also confirmed this by allowing the company to continue trading. Lila Thomas, a partner at FRP Advisory, said:

“The Epstein Theatre doors remain open for the entirety of the Christmas season and beyond.

“Talks are at an advanced stage with key stakeholders for a financial restructure ensuring operations continue as normal for all current bookings, planned future shows and to place the theatre within a more sustainable structure to allow for another generation of successful performances across the spectrum of entertainment.”

The administrators have also said that all thirty staff will remain while the restructuring takes place. A welcome relief, considering this event has occurred so close to Christmas.

“All theatre staff are being retained and paid as normal while a solution is finalised, and all existing contracts are being maintained for bookings, to ensure the show will go on for both theatre-goers and performers over the coming weeks while a transition to a new holding structure is agreed.”

While the future is not yet secure for the Epstein Theatre, it is taking the necessary steps to address the concerns of its creditors, customers and employees. Hopefully, it will be able to turn things around and complete a full schedule of events in 2018.

If you are concerned about your company’s financial status, get in touch with our experts today for advice on your next steps.

Categories: What is administration, Notice of Intention to Appoint Administrators, Worried Director What Will Happen To Me After Liquidation?