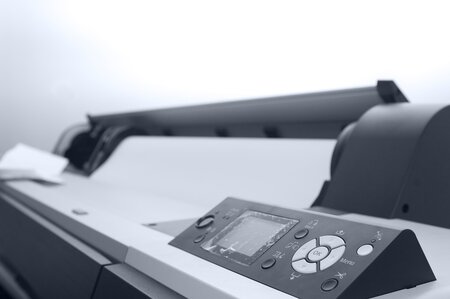 This occurs just three years after a management buyout (MBO) deal made its three directors equal shareholders in the firm.

Here, we’ll explore the circumstances that led to Elpeeko choosing Creditors’ Voluntary Liquidation, and why this option was the most suitable.

Elpeeko is a printing company based in Lincoln. It began operations in 1905, so has provided printing solutions for 113 years.

Elpeeko has eight members of staff, including three directors.

Three years ago, the directors (Clare Griffiths, Gary Spittlehouse and David Swaine) completed an MBO. They bought former Managing Director Steve Turner's 65% stake in the business shortly before his retirement.

All three directors have been with the company for 28-35 years and are now equal shareholders.

The business closed on 26 January 2018, having completed all work due. It ceased trading that same day. The company’s draft accounts (to October 2017) indicated a turnover of £258,000.

All eight staff members, including the directors, are now redundant.

The members and creditors appointed John Harlow, of John Harlow Insolvency and Corporate Recovery as liquidator of the company on 23 February.

He claims that cash flow issues and a competitive market contributed to the company’s unfortunate financial state.

“The reasons the directors attributed the failure of the business included a decrease in turnover leading to the shortage of cash flow.

“The company had insufficient resources available to enable investment or development into other areas of printing and it found itself unable to cope with increased competition in the marketplace.”

Recovering money for the creditors

Elpeeko’s secured creditors include HSBC (the mortgagee that gave funding for the MBO) and Skipton Business Finance who secured an invoice financing agreement.

Harlow says that Elpeeko has paid Skipton's debt by collecting its own. Estimates state that the book debts of £33,048 will realise £10,348. Any surplus collections will be remitted in due course.

The firm’s tangible assets (at a book value of £13,060) were sold at auction by Eddisons. Estimates state these should realise £8,000.

These included colour presses, scanners, finishing equipment, office furniture and a vehicle. The company was using a Heidelberg GTO, Xerox digital printer and three Epson wide-format devices at the time of closure. However, it is unclear what equipment the company actually owned.

The company’s 340m2 freehold has a book value of £194,425 and is currently on the market. The directors hope that the sale of this and the tangible assets will pay the creditors and the cost of the liquidation.

“We are optimistic that on the sale of the freehold property and following a successful auction and debt collection, there will be surplus funds available to enable a distribution to creditors.”

If you are concerned about Creditors’ Voluntary Liquidation, contact our Company Rescue experts today.