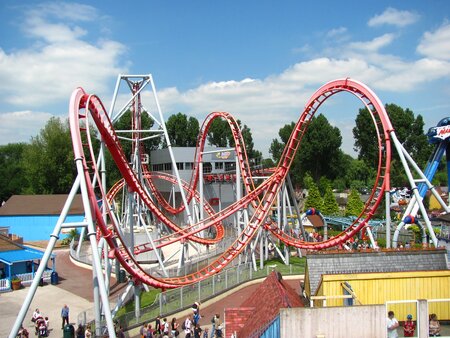 Drayton Manor has been sold out of administration to French firm, Looping. This makes it the first time the park has been out of ownership of the Byran family.

Looping Group is an European leisure chain. The rescue deal is said to be worth millions. The theme park and zoo will continue to operate under the company name of Drayton Manor Resort Ltd. Founder, William Bryan will keep his managing director role and all 599 jobs have been saved.

William Bryan, at Drayton Manor Park, said: "Like many businesses, we have faced challenges over recent months, but the sale to the Looping Group is an exciting and positive new chapter for Drayton Manor Park. For us, finding a buyer who would protect jobs was key, as was finding one who would continue to operate and develop the Drayton Manor Park our guests know and love. Looping Group’s commitment towards a very ambitious investment plan and its pledge to reinvest profits primarily back into the park, made it a natural and very appealing fit for us.''

An email was sent to staff by the owners of the tourist attraction, informing them that operations will continue as normal.

Drayton Manor, owner of Thomas Land and home to the Shockwave roller-coaster, is celebrating its 70th anniversary this year.

The park say it is at a ‘’very advanced stage’’ of securing ‘’fresh investment’’ which would lead to no job losses.

After being forced to close for several months, due to government restrictions in response to the Covid-19 pandemic, it reopened on the 4th July. As it stands current, it is open seven days a week, operating as normal.

Mellors Group, of which took over Fantasy Island on the East Coast in 2016, was understood to have been positioning itself to acquire the Tamworth attraction. They registered a new company called Drayton Manor Operations Ltd on Companies Houses, July 13th. What this means and suggests is yet to be confirmed, but it sounds likely that a deal between Mellors Group and Drayton Manor could be on the table.