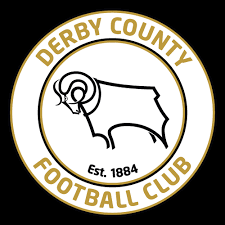 It has been reported that there have been no bids for Derby County meaning that it is likely to run out of money in the next few days.  Administrations can protect companies for a period of time but not indefinitely if the funds dry up.  One drain on their cash has been their ongoing legal battles with Middlesbrough and Wycombe.

It is reported that Carlisle Capital, the family-run US investment firm, is one of the interested parties, in talks with administrators of Derby County. Another four 'credible' parties are also among talks.

Despite the interest, the worry comes from the clubs financial state, painting a less positive image. Tens of millions are owed to creditors including HMRC.

This comes as the Championship side face continuous financial problems, with Covid-19 having a severe impact on revenues. It’s said that the pandemic alone cost the club around £20m in lost revenue and left them ‘’unable to service its day-to-day financial obligations’’.

As it stands, Derby is managed by former England captain Wayne Rooney, and holds 16th in the table. But the English Football League (EFL) have confirmed a 12-point deduction to be faced which would leave the club at minus five; 10 points away from safety.

The club is up for sale, but even though there are negotiations with potential credible buyers, a buyer actually being identified is not likely in the short term.

So far this season, out of seven games, one game has been won, two lost, and four have been drawn. Derby sit two above the relegation zone.

The clubs financial past:

Derbys’ 2016, 2017 and 2018 accounts are being re-examined following the discovery that accounting rules were not adhered to. In July, the club was fined £100,000 for this. It is likely that this scenario would mean further point deductions – but a set decision is as it stands, still unclear. With administrators now involved, talks between the club and the EFL are on hold.

Since June 2019, Mel Morris, Derby owner, has been trying to sell the club. There was interested parties, but two prospective sales fell through.

Since before the summer transfer window opened, the club has been under a transfer embargo. This allowed Rooney to sign free agents only, with strict conditions on salaries.