De La Rue Warns of Possibility Of Going into Administration 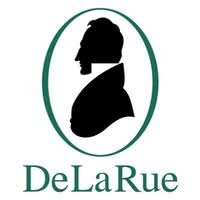 The UK's banknote printer, De La Rue, has alarmed the markets by saying that it is in danger of going bust if just a few things go wrong with its turnaround plan.  As a result, its shares have fallen 25% today.  The fact that it has turned in a £10m loss this last financial year, there has been mounting debt and frequent changes at board level indicates that the company is struggling.

De La Rue has had troubles in the past two years, most notably its failure to win the contract to print the new UK passports to a Franco-Dutch firm last year.  Also last year, it turned out that Venezuala's central bank had not paid its bill of £18m for printing its bank notes.  Quite ironic really.

The company is also under investigation by the Serious Fraud Office in connection with "suspected corruption" in South Sudan.

The warning of going bust is really a worst case scenario that has been put forward by the directors but recently a number of companies have gone bust that were making similar statements.  Either way the company will have to restructure some of its debts and may have to tap shareholders for more investment.

De La Rue is one of the biggest speciality secure printers and employs 2,500 and is headquartered in Basingstoke

Categories: What is administration