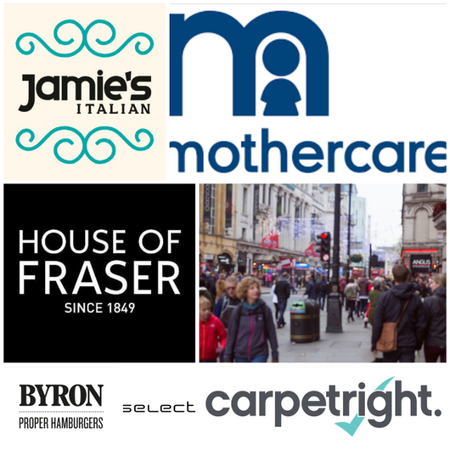 The CVA debate was very well attended with 50 guests who came to hear the speakers and ask the panel questions.

Speakers and Members of the panel were

Keith Steven opened with a quick history of the CVA and a rundown of how the CVA works, why it is a powerful rescue mechanism and why it is being used in the retail sector.

Eric Walls pointed out that a CVA is an agreement with creditors by majority and so it is always likely that some will lose out.  The landlord only CVA, popular in the retail sector, may be seen as an unfair process and Eric was sure that this will be tested in the courts at some point.   The CVA gains much of its power from case law so this will be a welcome clarification.

Gary Weber spoke about the benefits of the process from the company’s point of view and how change and discipline was needed for them to succeed and there had to be a core of a good business in there.

Professor Joshua Bamfield of Retail Research Centre talked about the future of retail and the High Street and was able to draw on his research in the sector.  His predictions of closures that he made in 2014 turned out to be true.  Given the debate was on the CVA process he drew on figures that pointed out that CVAs were responsible for a minute portion of the 3000 stores closed this year so far.  Joshua called for more living space in city centres and high street locations and the need for a better experience in our towns. His research led to him predicting that 15,000 stores would close by 2022.

Tony Groom of K2 Partners started the questions with a challenge to the panel to say that viability and reality are the main issues facing retailers as opposed to the concept of whether a particular restructuring tool is fair.   Wayne Harrison was of the view that all insolvency processes by their nature are unfair as it involves the breaking of a contract that a business may have signed up to but a CVA is perhaps fairer than a pre pack as it is at least transparent.  Grant Jones pointed out that it was very unfair that the online retailers were paying little tax, and this was putting pressure on the High Street.

As expected many opinions from the floor were that landlords have had it good for a long time with long and inflexible leases and they need to adapt to the new economy.

However, It was pointed out that it was probably unfair on the landlord whose rent for premises was compromised due to the poor management of the retailer.  Other retail chains are doing well like Zara/Primark/Wagamma.  That said a landlord of House of Fraser (HoF) said they were “shocked” at how their premises had been classified especially since they had seen many CVAs before and their own calculations had indicated that the rent was affordable.  What is more, there had been dialogue with HoF, which included the option of them taking back the premises, prior to the CVA but it had been forced on them and now the company was in administration they could not take back the premises yet.  Interestingly, HoF had sold and leased back some of the stores and set the rent themselves.  This intervention was welcome.  However, Eric Walls pointed out a CVA is an agreement and not all CVAs are the same.  If House of Fraser had not gone into administration, the CVA would have been tested in court.

It was the overall feeling at the event that the High Street is heading for a lot of difficulty over the next few years and landlords, retailers and the Government are going to have to act together to preserve the High Street.