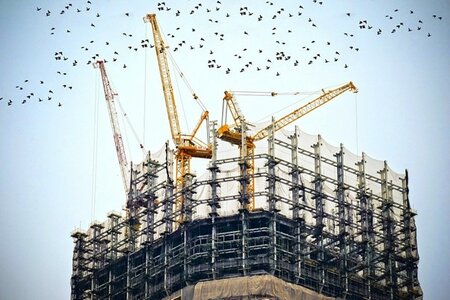 News has been shared today that the unsecured creditors of collapsed construction group, NMCN, face losses of up to £115 million (this being almost double what what estimated!). IThis includes an estimated £15.6 million owed to employees and £6.7 million owed to HM Revenue & Customs.

Listed engineering and construction specialist, NMCN and its subsidiary NMCN Sustainable Solutions, has filed a notice of intention to appoint Grant Thornton UK LLP as administrators after its board decided that it is no longer able to continue trading as a going concern.

Most recently, the company were in the middle of a protracted £24m refinancing deal with Svella plc and a further £5m was set to be raised through an open offer to existing sharholders. But all of this was held up from the late publication of the companies financial results for last year.

Upon completion of the groups accounts, a statement said it had ‘’revealed further underlying contractual issues with expected losses rising to £43 million’’. Following this, ‘’it has now become apparent that the company will be unable to approve the audited financial statements in a timely manner to allow the proposed transaction to complete within the required timeframe’’.

It is understood that rival firms were offered parts of the collapsed business over the weekend.

Note that the remaining companies in the group are not affected.

Any acquisitions will be conducted out of administration, to "safeguard the continuity of operations and employment, and consequently the consideration receivable by the company is unlikely to result in any value for equity shareholders’’.

"The board of NMCN wishes to thank all of its shareholders, customers and suppliers for their support over the years and particularly Svella and those who had intended to participate in the equity subscription that formed part of the proposed transaction, which has had to be cancelled’’.