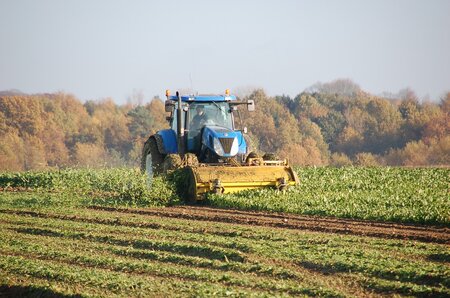 Countrywide, one of the UK’s leading suppliers of agricultural goods, has gone into administration.

After over a century of trading, the company has become insolvent and needs specialist turnaround help. Here, we'll explore what led to this situation and what the move to administration might mean for the company’s future.

The Worcestershire-based company began trading in 1902 under the name 'Bedford Farmers'. It became Countrywide in 1999, following a company rebranding.

Countrywide is a leading supplier of products to the rural community. It works across several sectors including farming, equestrianism, harvesting and agriculture.

The company employs over 700 people across 48 stores. These include sites in Malvern, Upton, Bromsgrove and Ledbury, as well as its headquarters at Vale Business Park in Evesham.

A year ago, Countrywide closed 14 of its stores and attempted to find buyers for the 53 remaining outlets.

At the time, a statement from the directors said:

"It is clear to the board that the retail environment remains challenging and that to compete effectively for the long term will require further rationalisation of the cost base along with potential further investment."

Why did it go into administration?

On 8 March 2018, Countrywide's directors announced with “significant regret” that the business was going into administration. It is now facing a very “uncertain future”.

David Pike, Mark Orton and Will Wright from KPMG have been appointed as joint administrators.

The company’s move to insolvency has been put down to “significant trading difficulties” and “cash flow pressures”.

The company has been struggling for years now and has explored several restructuring options. These included the sale of its retail and Liquified Petroleum Gas (LPG) divisions.

On 1 March 2018, the sale of the LPG division to DCC Flogas was complete.

There was a plan to sell the retail side of the business to Mole Valley Farmers in April 2017. However, this deal fell through in October after the Competition and Markets Authority (CMA) refused to give its approval for the sale.

The CMA has now announced an investigation into the prospective sale that could last up to six months. Countrywide will be “unable to meet its financial obligations for this extended period of time”, so has entered administration.

A statement from the administrators:

"Unfortunately, given the significant trading difficulties and cash flow pressures, this has led the directors to consider their options and take the difficult decision to place the company into administration.

“It is our intention to seek a purchaser for the business in whole or part and we have appointed Hilco Capital to assist in running the stores whilst we explore and develop available options. We encourage anyone who has an interest to contact us immediately.”

No redundancies have been made, but the future of the staff and the company as a whole is very uncertain. If the administrators cannot find a buyer for Countrywide, they may have to wind up the company.

If you are concerned about your company’s finances or administration proceedings, ask our Company Rescue experts for advice today.