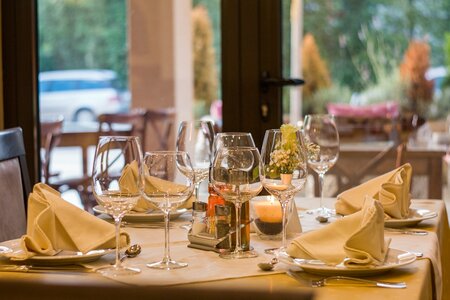 Restaurant group Côte is the latest in a series of national hospitality industry chains to announce it’s considering closing branches to avoid insolvency.

In this article, we’ll start by introducing you to the company. Then, we’ll look at the logic behind closing branches to avoid insolvency, and what might happen next.

Despite the French name, Côte is a UK-based restaurant group comprised of a core brand and number of smaller subsidiaries.

The company launched in 2006 and private equity firm BC Partners acquired a majority stake almost a decade later in 2015. One year on, the company purchased both the Jackson + Rye and Limeyard restaurant brands.

In total, Côte employs 3,400 staff across all its venues. This includes the four Jackson + Rye and two Limeyard restaurant branches. However, most of these are smaller than those of the core Côte brand.

Why is Côte closing branches to avoid insolvency?

According to the latest set of accounts filed at Companies House (year ending 30 July 2017), the Côte board was “very pleased with the performance… despite the challenging economic conditions facing our industry”.

During this period, the company reported steady growth:

However, since this stage, the restaurant sector has faced a “very challenging” combination of “well-documented headwinds”.

Due to these factors, Côte decided to take action by closing branches to avoid insolvency. Management hopes that by taking this action now, they will be putting the company on the best possible footing to avoid further downsizing or the prospect of entering administration in future.

Despite these closures, the company is buoyant about its core brand, stating: "Our Côte restaurants continue to perform well, which is a testament to the strength of that offer."

To understand this decision, it's important to look at the situation in context. A host of major restaurant chains have made similar decisions and closed branches in recent months due to the state of the economy, including:

Barbecoa (another Jamie Oliver creation) in Piccadilly has also been forced to close having entered administration. However, the famous TV chef was successful in saving the sister site at St. Paul's.

What will happen now?

Côte is set to relinquish an as-yet-undisclosed number of Jackson + Rye and Limeyard branches, but may also choose to rebrand some.

A company spokesperson commented: “In some instances, we have closed or sold outlets and we are working hard to find viable options for others while continuing to support those that are trading well. "

We will have to wait and see whether the company will be able to turn things around in the long run. However, by taking action to address their situation now, they have given themselves the best possible chance of future success.