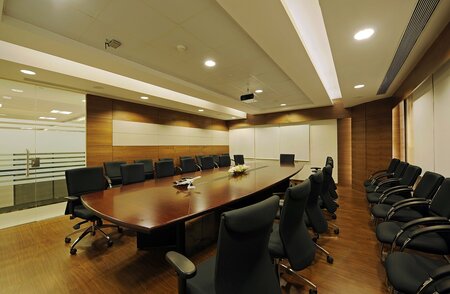 Having recently initiated the 'Insolvency and Corporate Governance Consultation', the government looks set to shore up certain areas of legislation surrounding corporate governance of insolvent companies.

The UK's corporate governance laws have proven broadly effective in recent decades. However, some recent high-profile cases have cast doubt on whether the current iterations are suitably comprehensive.

What action does the scope of the consultation imply the government might take?

While the consultation is set to run until June 2018 at the earliest, its scope provides some clues as to the corporate governance changes the government is looking to make:

The government may decide to make holding company directors personally liable to creditors of insolvent subsidiaries.

In this eventuality, the directors would be held liable for the decision on whether to sell the company or enter an insolvency process.

The directors would need to show that they reasonably believe a decision to sell would be more beneficial for creditors.

This is a tricky one as really it is not the <g class="gr_ gr_67 gr-alert gr_gramm gr_inline_cards gr_run_anim Grammar multiReplace" id="67" data-gr-id="67">sellers</g> job in any situation to decide whether the buyer can run the company.  This is an obvious reaction to the BHS debacle.  Obviously, if the business was sold to a connected party for less than it was worth then that is different and is governed by the "transactions at an undervalue" sections of the insolvency act.

Ministers also look set to clamp down on 'value-extraction schemes'.

This refers to instances in which investors 'rescue' insolvent companies through the investment of additional capital. Then, using complex investment structures, these investors regain a portion of their investment while the company commences an insolvency process.

The wording of the consultation brief suggests the government will look to recoup an amount from such investors.

Of course, not all investors in insolvent businesses are asset strippers!  In many cases, the investor has put up a large amount of capital and may secure it against the assets of the business to lower the downside risk.  The selling of assets of a company has to be done with the permission of the charge holder i.e. the bank or lender.  Where the charge holder is also the owner then they may argue that an asset was sold for the best price at an appropriate time.  Hindsight is always 2020!  However, there may be cases to answer where it does seem that excessive "management fees" have been taken out of the business while it was heading to insolvency.

The government may also look to make directors personally liable to creditors in cases where a decision is made to dissolve a company to avoid paying the creditors.

These directors would then be held liable in situations where their actions caused a loss for creditors. In certain cases, this could even involve criminal proceedings.

This already exists where a company can be reinstated and then liquidated via a compulsory liquidation.  That process can be time-consuming and costly so is usually only done where the debts are large.  Maybe the government wants to find a way of stopping smaller businesses doing this.

This consultation sets out the question of how a company in a pre-insolvency state could be rescued.

The ramifications of this would mean increased recognition of the fact that enhanced corporate governance could help avoid – or, at least, reduce the risk of – companies having to initiate insolvency proceedings.

This could then lead to the implementation of steps such as encouraging shareholders to take on additional involvement and responsibility when a company is in decline. However, this is likely to generate significant debate.

The results of this consultation are still some way off, so it's impossible to know what the outcome will be. Despite this, it's worth keeping up to date with these discussions to ensure you make timely, relevant decisions for your company.

If you are worried about the prospect of insolvency at your company, speak to the Company Rescue experts today.