Morrisons Is To Buy McColls in A Pre Pack Administration 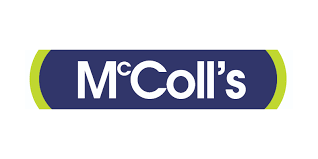 Morrisons rescues McColls in a Pre Pack Administration saving 16,000 jobs. Included in the deal, all outstanding pension obligations will be honoured and its 1,100 stores will remain.

In the last few hours before administrators, PwC are formally appointed to oversee the sale of McColl's Retail Group, and Morrisons has put forward a revised offer to lenders. It is heard that this offer would allowv McColl's lenders to be repaid in full immediately - satisfying their needs!

So as it stands, it is not clear which of the rival offers is most likely.

An update Monday is expected.

Convenience store retailer, McColl's collapses into administration, leaving thousands of jobs at risk. PricewaterhouseCoopers (PwC) has been appointed as administrator.

Interested parties looking to strike a deal to save the chain include Morrisons and EG Group. The latter are the most likely to seal the deal, which would involve a takeover via a pre-pack administraition.

This collapse is the largest insolvency of the UK retail sector, in terms of workforce size, since the 2020 collapse of Edinburgh Woollen Mill Group.

It has been reported today that one of Britain’s largest convenience store chains is at risk of collapse if new funding cannot be secured within weeks. Around 16,000 jobs are at risk.

McColl’s Retail Group is working with advisors to find a buyer or third parties that are willing to input new capital into the business for its survival. Sources say that the window to secure new funding is tight.

Just six months ago the chain raised £30m from its shareholders in a cash call. Currently there is around £170m in debt. Is there chance of a rescue this time round?

McColl’s trades from around 1,100 convenience stores and newsagents across Britain. Around 200 of these trade under the Morrisons Daily format – the outcome of a partnership with Morrisons.

Latest information is that Morrisons have emerged as a likely buyer for the business but this has not been confirmed.