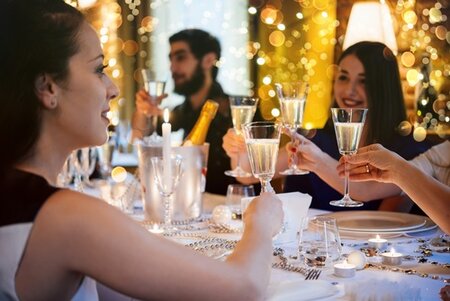 As details slowly emerge about the Government’s plans at the end of this 2nd national lockdown, the hospitality sector is asking if this is the final nail in the coffin for many pubs, bars & restaurants.

The Prime Minister announced yesterday (23rd November) that the current 4-week lockdown, due to end next Wednesday 2nd December will be replaced by a revised (tougher) three-tier system to try to control the virus in England.

Scotland, Northern Ireland and Wales are all currently subject to their own rules, but the Government is working hard to bring the four nations together to agree a joint plan for Christmas and the New Year.

Details, which are expected to be announced on Thursday (26th November) will confirm which areas are to be placed in which of the three tiers. Boris Johnson warned in the Commons yesterday that “more regions will fall, at least temporarily, into higher levels than before” and that the system will last until next Spring.

The restrictions facing the hospitality sector will vary depending on the different tiers and appear to offer little relief to the sector which has continued to suffer dramatically during the pandemic.

One thing is for sure, customers will not be able to stand at the bar and chat to friends, family or colleagues. In simple terms, here’s what the new three-tier system will mean to hospitality:

Industry body UKHospitality warned the measures would result for more lost businesses and jobs heading into the crucial Christmas season, in a sector that has been amongst the worst hit to date.

Its chief executive, Kate Nicholls, said: "The government is making a point of saying that these measures are needed in order to save Christmas.''

"In reality, they are killing Christmas and beyond for many businesses and their customers who look forward to, and rely on, venues being open at this time of year. Sadly, for many staff, it will be a Christmas out of work."

Ian Wright, her counterpart at the Food and Drink Federation, said: "There is real danger that continued restrictions will result in two thirds of pubs, clubs and restaurants - customers to food manufacturers - closing before the vaccine arrives”.

The Institute of Economic Affairs think-tank said the restrictions would mean a "death sentence" for countless pubs and restaurants. Its head of lifestyle economics, Christopher Snowdon, said: "The government has decided to lay waste to thousands of pubs by requiring a 'substantial meal' to be served with drink. There is no scientific basis for this, and it will be impossible for wet (drinks-only) pubs to comply”.

All three are demanding further urgent financial support for the hospitality sector.