Chilango sold out of administration 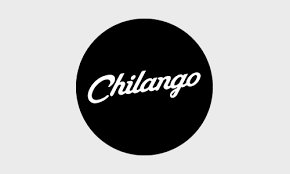 Cityam.com report that today, Chilango told investors that a buyer has been found and so it has been sold out of administration to RD Capital Partners.

It is believed that the deal, which administrators RSM helped secure, will safeguard 130 jobs and 10 of its 11 restaurants.

Chilango confirms that it will be appointing administrators. In an email sent to shareholders, seen by Cityam.com, a spokesperson for the company said that while Chilango had “done our very best to mitigate the pandemic’s impact… these efforts have not been sufficient to secure the future of our business”.

This will mean that the "burrito bonds" which were converted to equity will be worthless.

New reports inform us that the investors who took out a burrito bond in Chilango, will have their investment converted into shares.

This is the outcome of an offer given to shareholders, asking if bondholders' investments should be cashed out at a rate of 10p per pound, or if the debt should be transferred into shares.

Enough shareholders backed the latter of the two options.

This puts bondholders first in line for any dividends which Chilango pay out - but no guarantee is present for bondholders to receive the high returns (of 8 per cent of annual returns) that were promised when initially buying out the bonds. This will depend on the company’s' success.

Chilango are in the process of recruiting a financial controller to be responsible for all financial aspects and the flow of financial information throughout parent company, Mucho Mas.

Creditors of Chilango have until January 3rd to vote on the CVA proposals which involve quitting four leases on dormant sites and slashing rents by 40 per cent at three of its 12 restaurants.

Chilango, the burrito restaurant chain, has announced that it is seeking approval for a company voluntary arrangement that will see it scale back on its 12 restaurants.

In figures seen by CityAM, the CVA filings show the financial pressures facing the restaurant chain, which has never turned a profit and is over two months late posting its accounts. It had £6.9m of debt at the end of October, and a forecast deficit of £300,000 from January next year.

Chilango came to prominence when it launched its "Burrito Bond" which sought to raise finance from investors.  1,500 investors stand to lose their investment if the company goes into administration or if they vote for the CVA then they will get back 10p in the £1.  Mini Bonds are not covered by the FCA compensation scheme.

A statement from the founders, Eric Partaker and Dan Houghton, said that the company was making a profit at "restaurant level" but the market had changed significantly.  What this basically means is that there is increased competition and costs and management isn't working!  So will cutting stores actually work?