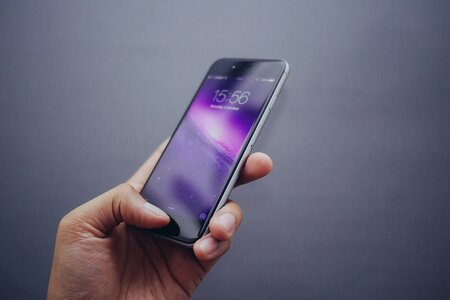 Carphone Warehouse, as part of the Carphone Dixon group, has issued a profit warning this week.

In addition to this, it announced plans to shut 92 stores across the UK. Experts suggest this may be due to changes in consumer behaviour and the prevalence of online shopping.

Who is Carphone Warehouse?

Carphone Warehouse is one of the UK’s leading smartphone retailers and has over 700 stand-alone Carphone stores.

The company is owned by Dixons Carphone; a group that also owns the electrical brands Currys and PC World. Alex Baldock took over as Chief Executive in January 2018 after his predecessor, Seb James, unexpectedly stepped down to run Boots the chemist.

What happened this week?

Carphone Warehouse issued a profit warning stating that profits will fall far below city forecasts of £387m, to £300m for the year to April 2019.

The organisation has pledged to take action and adapt to the changing mobile phone market. This includes the shift in consumer habits where customers hang onto phones for longer and opt for ‘SIM-only’ contracts. As well as this, Carphone Warehouse must contend with the rising costs associated with the increase in the legal minimum wage.

This is not the first profit warning Carphone Warehouse has issued. In the year to April 2018, the company expected profits to plummet from £501m (2017) to £382m. This was due to several factors, including:

The most recent profit warning caused shares in the Dixon group to drop by 20%. This is very concerning, as these shares had already lost 30% of their value in the last year.

In addition to the profit warning, Carphone Warehouse announced that 92 stand-alone stores will close this year. However, some analysts suggest that further closures could be imminent.

What will happen next?

The Chief Executive has said that “Though there’s plenty to fix, it’s all fixable”.

“Right now, with our international business in good shape, we’re focusing early action on the UK.

“In electricals, we’re focused on gross margin recovery. In mobile, we’re stabilising our performance through improvements to our proposition and network agreements.

“In both, we’ll work hard to improve our cost efficiency. We won’t tolerate our current performance in mobile, or as a group. We know we can do a lot better.”

What does this mean for employees, customers and the retail sector?

As it stands, employees have been told not to worry about redundancy. A Carphone Warehouse spokeswoman said that no jobs will be lost as staff will be given the chance to move to larger outlets nearby.

For customers, it might mean that their local store will close. However, they may receive better service when they buy their next smartphone.

Sadly, for the retail sector, it’s not so bright. These events are reminiscent of what’s happened to other retailers, such as:

All of these and more have suffered due to changing consumer habits. Hopefully, unlike some of these other organisations, Carphone Warehouse will be able to turn its fortunes around.

Neil Wilson, the chief market analyst for Markets.com agreed that the company might be able to overcome its challenges:

“Dixons looks a bit flabby, and the market is just as soft, but there should be some easy wins in terms of making it leaner, especially around store closures.”

If you're concerned about corporate insolvency due to changing consumer habits, talk to our Company Rescue experts today.