Carpetright to close 92 stores as part of major restructure 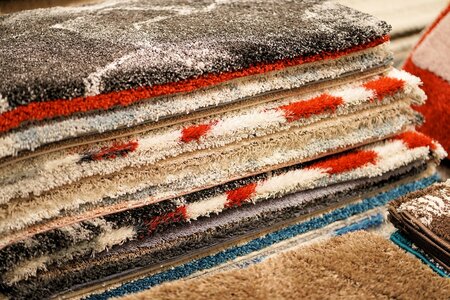 Carpetright has introduced a set of sweeping measures as part of a major restructure that aims to restore this household-name to profitability.

Creditors are set to vote on a company voluntary arrangement (CVA) proposal on 26 April. Bosses hope the restructure will enable the company to get its affairs in order before this vote and keep administration at bay.

Here, we'll outline the factors that have created Carpetright's current challenges and the steps the company is taking to restructure.

Founded in 1988, Carpetright has grown into an international floor covering and bed retailer with stores in four countries across Europe.

In recent years, however, numerous factors have converged to challenge the conventional Carpetright business model.

A reduction in consumer spending coupled with a stuttering housing market has seen demand for its product range fall. An increase in business rates and the National Living Wage has also impacted profitability.

Competition has increased, too. Carpetright’s founder, Lord Harris, established the successful Tapi chain after leaving the company in 2014. This has shaken up traditional market share and drawn some of Carpetright's customers away.

Due to these factors, the company has issued a number of warnings regarding profitability in the last few months, causing stock values to fall by 80%.

Shares fell 17% (to 35%) in morning trading on the day the details of this restructure were confirmed. However, the company now has an opportunity to restore itself to profitability.

What steps is Carpetright taking to restructure?

The company is also looking to persuade landlords to slash rents by up to 50% across a further 113 stores around the UK (The Guardian).

A spokesperson confirmed that it would seek to relocate the staff of the stores set to close wherever possible. However, the company will be making around 300 of its total 2,700 employees redundant.

Carpetright will call on investors to stump up an additional £60m in funds. This will alleviate the company's debt and pay for the restructure.

Lastly, the company will request £15m from its banks in order to cover immediate costs.

What has Carpetright said?

These tough but necessary actions will enable us to address the burden of a legacy UK property estate consisting of too many poorly located stores on unsustainable rents, and are essential if we are to restore our profitability and deliver a successful turnaround.

Carpetright's proactive approach to overcoming its current challenges shows how robust companies can be when profitability is the priority. Undergoing a major restructure at the right time gives Carpetright the best possible chance of a successful future.

If you are worried about the future of your company, speak to the experts at Company Rescue today.

Categories: CVA, Turnaround, Administration, What is a CVA or Company voluntary arrangement?