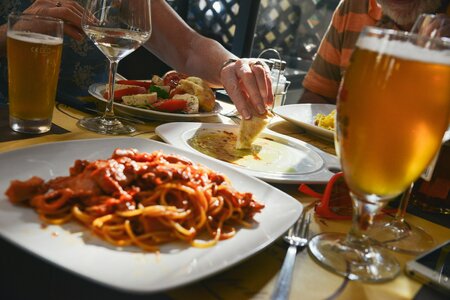 Well-known high street restaurant chain Carluccio's is set to announce plans to close restaurants and secure rent reductions in order to save the company.

In this article, we will explain how Carluccio's has got to this point, what the latest announcement indicates and how this reflects the wider restaurant industry.

How has Carluccio's reached this stage?

Carluccio's was originally established as a cafe by chef Antonio Carluccio and his then-wife in 1999. It has since become a firm fixture on UK high streets.

Antonio (who passed away last year) and his wife then floated the business in 2005, receiving over £10m in total. However, under new ownership, the company has sought to make significant changes to its offering over the last two years.

In March of this year, the owners were rumoured to have alerted private equity groups (including Duke Street, which owns Wagamama) of the potential for a sale.

What are the latest developments?

Despite originally denying a restructure was the intention, Carluccio's has now hired KPMG to oversee the company's restructuring efforts.

Will Wright and Rob Croxen of KPMG's restructuring practice have been put forward as proposed supervisors for this initiative, which would involve a company voluntary arrangement (CVA).

Carluccio's is expected to formally announce the terms of the proposed CVA imminently. However, the plan is likely to lean heavily on rent reductions and (potentially) restaurant closures.

Under the CVA, the company's national portfolio of 103 restaurants will be split into two categories:

Depending on how successful Carluccio's is in securing rent reductions, the company may also choose to close some branches altogether.

To allow the CVA to proceed, Carluccio's will require a minimum of 75% approval from creditors. Creditors will vote on the current proposals on 31 May.

Discussing the plans, Mr Wright commented: "This CVA is designed to tackle the cost of the company’s leasehold obligations across its restaurant portfolio, which if successful, will allow the business to move forward across a core, more profitable estate.

“Crucially, it forms one element of a wider turnaround plan which, pursuant to the CVA’s approval, will see an injection of funding into the business from the company’s majority shareholder, to fund an extensive and far-reaching investment and growth plan.”

Carluccio's is far from the only casual dining company to hit the headlines with regards to a CVA of late. Famous brands including Prezzo, Jamie's Italian, Byron Burgers and Chimichanga have all leveraged this option within the last few months due to increasing industry cost pressures.

Worried about the prospect of entering administration? Get the support you need to turn things around with Company Rescue.

Categories: Hospitality, What is a CVA or Company voluntary arrangement?