Bolton Wanderers to go into Administration 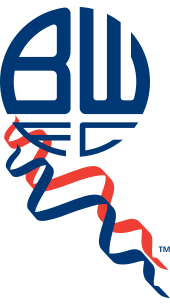 It was only last September that Bolton Wanderers avoided administration. They did a deal  to repay their debt of £4million, to BluMarble Capital Ltd, meaning they escaped a 12-point deduction.

However, it has been announced today, that the club is going to be placed back into administration, following their court hearing today. The case on Wednesday was adjourned until 22 May to allow the club enough time to appoint an administrator.  If the court had not allowed an adjournement then the club would have been placed in compulsory liquidation.  The role of an administrator is to try and rescue the company, so this is really its last chance.

A winding up petition was presented by HMRC, over an unpaid £1.2million tax bill. The petition hearing has been adjourned twice, as the court allowed some time for Bolton Wanderers to try and sell the club.

The buyer was to hoped to be Laurence Bassini. A sale and purchase agreement was signed, for Anderson’s 94.5 per cent shareholding on April 17th, yet Bassini  has been unable to provide proof of funding.  As a result, Bolton released a statement to issue Bassini with an ultimatum. No progress was made, despite Bassini claiming to control the club - even following meetings with the EFL.

Bassini had a conversation with Sky Sports where he said he has spoken with HMRC, to try and prevent the winding up order going ahead. He stated that it is Anderson who is not agreeing to the deal, causing him great ‘’frustration’’.

‘’ I am trying to save this club, but it looks increasingly like administration will happen.’’

Players of the club are still awaiting their wage payments from March and April. The club have been relegated already, to league one, meaning an administration would result in an automatic 12 point deduction for the next season. After players striked and failed to play their championship game against Brentford, they are facing disciplinary action.

No professional club in England has entered administration since Coventry City in 2013.