Arcadia's CVA has been approved _ Topshop 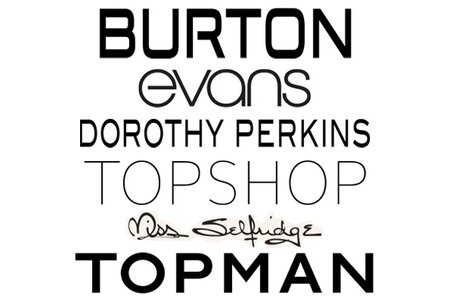 Arcadia's CVA has been approved

Keith Steven, CVA Expert and head of KSA Group and author of www.companyrescue.co.uk  commented “after an unprecedented period for the high street, with failing sales leading to huge pressures on retailers, it is pleasing to see that the Arcadia CVAs were accepted today. This will allow a rent reduction and closure of a small number of stores across the portfolio, including Topshop, Topman, Burtons etc.

In actual fact the easy part of the CVA process is getting the CVA approved. The key to a successful CVA is not the approval by creditors, it is in the implementation of the turnaround plan. Most CVAs fail because nothing much changes after the creditors approval. Management MUST ensure that sales stay buoyant and solid margins are achieved and costs cut. But being blunt, without an up to date marketing plan and online strategy, the bricks and mortar retail model of Arcadia could be unsustainable. The volume fashion world relies upon fast moving fashion products being delivered within weeks like Primark and Zara, or online delivery such as ASOS, Net A Porter and Boohoo. Has Arcadia has been left behind by these competitors? The customers will always provide the answers”!

The crunch meeting of creditors of Arcadia is today. Intu, Arcadia's 2nd biggest landlord has indicated that it will not vote in favour of the CVA.  It remains for the other Landlords to vote in favour, otherwise it will almost certainly fail.  If it is rejected it will most likely go into administration.  Latest news is that Intu will not support the CVA.....  The meeting has been delayed to allow Arcadia to make last ditch pleas with Landlords.

A good live update page can be found here. https://www.propertyweek.com/arcadia-live-rescue-plan-on-a-knife-edge-as-arcadia-lobbies-landlords/5103045.article

Arcadia Group's board is deciding today as to whether it will pursue a Company Voluntary Arrangement (CVA) to restructure its retail estate.

The Arcadia Group is owned by controversial tycoon, Sir Philip Green. Its main brands are Topshop, Miss Selfridges, Burton, and Dorothy Perkins.  The company has 570 stores and hundreds of concessions.  This is a worrying time for employees and landlords - ok there is not much sympathy for landlords, but it is important as if the "king of the high street" can't pay the rents and rates,  then the repercussions will be huge across the whlole retail sector.

The success of any CVA will depend on whether the landlords will support it.  Also, the pension regulator will need to be on side as they are understandibly worried about the company being able to pay its obligations to the pension scheme, given the problems at BHS.

Arcadia has been closing stores as leases expire, so they may look to accelerate this program by offering surrender terms.

The mere talking about a CVA is a way to soften up landlords to give rent concessions and the way that the law currently stands the landlords could lose out significantly.  They may well challenge the CVA process if the feel are they are to be disproportionately affected.  The House of Fraser CVA would have been looked at by the courts if the company had not gone into administration.

Arcadia issued a statement a few weeks ago that said: "None of the options being explored involve a significant number of redundancies or store closures. The business continues to operate as usual including all payments being made to suppliers as normal.”