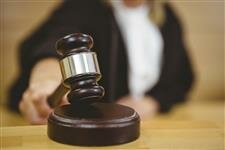 London’s High Court rules in favour of Regis which was fighting a challenge by their landlords that claimed they were unfairly prejudiced by Regis’ CVA proposals.

Regis UK Limited, operate its salon and beauty business under the brands of Regis and Supercuts. In October 2018 Regis entered a CVA but this was challenged by landlords just a month later. It was argued that the proposals caused unfair prejudice and material irregularity under section 6(1) of the Insolvency Act 1986.

Why was the CVA challenges revoked?

All but one of the claims were dismissed by Zacaroli J:

The claim not dismissed was that the treatment of one critical creditor was not justified.

Despite the revocation of the CVA, former nominees and/or supervisors were not ordered to repay any fees.

Like the recent case with New Look, where the High Court also revoked its CVA challenges by landlords, on similar grounds, it should be learnt that CVAs remain a viable, useful restructuring tool. The decisions made by the High Court, in favour of the CVAs reassure other companies in use of them, if ever comes the need.