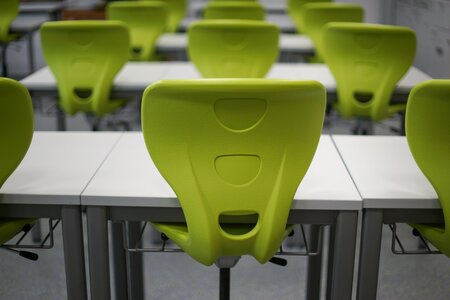 Administrators have announced a deal that will save all jobs at British Thornton ESF Ltd. after the company decided to enter administration at the start of April.

Here, we'll take a closer look at why the company entered administration and how administrators were able to reach a rescue deal within a matter of days.

Who is British Thornton?

Despite recent financial troubles, the company – based in Keighley, West Yorkshire­­ –has established an international reputation as one of the leading furniture manufacturers in this sector.

British Thornton manufactures furniture for education providers, including schools, colleges and universities, as well as for industrial researchers. Its product range features furniture for classrooms, shared spaces and science labs.

Speaking to Keighley News, Keighley MP John Grogan praised the company's reputation and the latest news regarding jobs saved, describing British Thornton as an "important employer" for the region.

Why did British Thornton enter administration?

British Thornton entered administration due to a range of inter-linked factors, with the UK furniture industry's recent decline playing a major role.

Discussing the company's decision to enter administration, a spokesperson for the administrators Quantuma stated:

“During the past year, the business has experienced severe trading conditions in a very competitive market place where margins are being continually eroded. Although the business re-financed on more than one occasion and benefited from a recent change in ownership and management, the accumulated debt burden prejudiced its continued trading."

All jobs saved by administrators

Quantuma also confirmed that the jobs of all 150 British Thornton employees have been saved following the successful sale of the company.

Having been appointed on 4 April, Quantuma's joint administrators Andrew Andronikou and Paul Zalkin managed to secure a rescue deal within just two days.

John Grogan MP commented on this development: "This deal, negotiated in a matter of 48 hours, should hopefully guarantee the future of the workforce, some of whom have worked at the company for many years."

Discussing their analysis and the "accelerated marketing process" that enabled the deal to be concluded so quickly, Quantuma's spokesperson stated:

“We quickly established that the core business was viable and, more importantly, produced quality products which its customer base clearly was pleased with and accordingly pledged their continued support.

“After close examination of the options available, we accepted an offer from the company's existing management ... Although they have only been in office for a relatively short period, they have developed a close working knowledge of the business ... Also, they have the confidence of the business's customers and suppliers, which is a key factor in determining the appropriate suitor in these situations.”

The spokesperson also highlighted how the deal would "maximise the dividend prospects to the company’s creditors" and safeguard work for companies involved in the British Thornton supply chain.

Deciding to enter administration has given British Thornton a fresh start and, ultimately, saved jobs on a long-term basis. As such, the company can now move forward and focus on optimising profitability.

If you are concerned about the possibility of entering administration, contact our Company Rescue experts today.