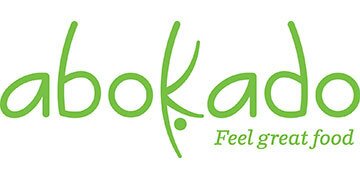 Update:  98% of creditors have approved the CVA

The “Pacific-inspired” chain Abokado has announced that it is seeking to close underperforming stores across its 23 outlet estate in London, as part of a CVA (company voluntary arrangement.)  The company has blamed its problems on a sophisticated “bank fraud” that has robbed it of much of its working capital.  The firm said that the fraud was being investigated by the authorities but the directors consider it unlikely that there will be any recovery.

The company’s most recent accounts, filed under Elvetham Limited, accounted for the year to 31 March 2018, and recorded “record profits''. While profits rose, turnover actually dropped between 2017 and 2018, which in turn forecasted the “softening sales” that the chain reports today.

Abokado’s serves breakfast pots, porridge, poached eggs, bagels, yakisoba, rice dishes, soups, sushi, poke, and noodle salads which are popular with city professionals.  However, there are so many “grab and go” operatives around like Pret, Itzu, and a multitude of independents that has increased competition.  Byrons Burgers, Jamie Oliver’s restaurants, Prezzo and Chimichanga, which are more classified as “casual dining” outlets, have had a torrid time this last year with many closing down and going into administration.

The proposed CVA will put Abokado in the best possible position to move forward in an uncertain environment. It will allow my excellent management team to continue pursuing our vision of bringing freshly made, Pacific-inspired food to more people.

This video below explains your rights as an employee