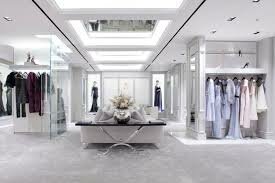 The investment firm is set up by entrepreneurs, Tai Lopez and Alex Mehr.

It has been said that the transaction was complex, though the price paid for this rescue deal is still unclear.

The rescue deal for womenswear brand Ralph & Russo, which fell into administration earlier this year, is in doubt as the leading bidder drops out just two days before the deal was planned to be complete.

Following yesterday's reports, today it has been announced that Ralph & Russo has entered administration, appointing Begbies Traynor and Quantuma as administrators.

In the words of the company, the administrators will “now investigate all possible options to secure the future of this globally celebrated brand for the benefit of all stakeholders”.

It has been reported that Ralph & Russo, the British couture fashion brand, is near collapse.

Following a pandemic-induced slump in sales, the A-list designer, which designed the Duchess of Sussex’s £56,000 engagement dress, is on the brink of administration, with insolvency practitioners likely to be called in as early as this week.

It is understood that Begbies Traynor and Quantuma, have been put on standby to act as joint administrators to oversee a potential insolvency process.

As of yet, the options are unclear; could a pre-pack sale be in the line up? will a buyer be interested?

A spokesperson has stated that the company, which specialises in haute couture and read-to-wear clothing and luxury goods, will do anything it can to fight creditor attempts to force it into insolvency. If administrators were appointed, it would highlight a remarkable fall for one of the most talked-about names in the British fashion industry.