83% of UK department store space has shut down since 2016 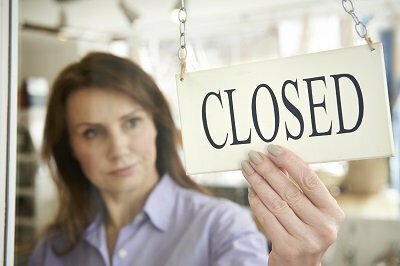 New research has shown that more than 80 per cent of department stores in the UK have been lost in five years, since the collapse of BHS.

According to data compiled by commercial property information specialist CoStar Group for the BBC, 83 per cent of UK department store space has shut down for good since BHS collapsed in 2016, and many former branches are still empty.

CoStar tracked the UK's largest chains, from BHS and Beales to Debenhams and House of Fraser, from 2016 to the present day.

Five years ago, they had 467 stores between them. However, now, only 79 are left.

In addition, while 388 department stores have closed, 237 still stand vacant – although there are plans for a change of use or repurposing of 52 of them.

”The data undoubtedly highlights the acceleration of change in the retail sector in recent years, which the pandemic has only exacerbated,” CoStar Group head of analytics Mark Stansfield said.

On a more upbeat note, he added: ”We are increasingly seeing forward-thinking real estate owners getting ahead of the problem and reshaping what are key assets in our town centres to provide a focal point for regeneration.''

“I think we’ll see many more plans come to light in the coming months. With these store closures, come new opportunities.”

Our comment is really that this is quite extraordinary for a country of shopkeepers!  In only 5 years we have seen a huge shift in shopping patterns but what will these large premises be used for now?   One use is for them to be for more "experiences" ie try before you buy or for pure entertainment.  Given that the department store has probably gone for ever in its traditional sense, councils and property developers will need to be imaginative going forward.  Shops alone can no longer be drawers to the High Street but could a large ex department store become some sort of attraction?  A museum of sorts, an entertainment complex perhaps.  Of course, additional housing could be built on these sites but since the pandemic inner city properties are a bit out of favour at the moment as more people want to live outside cities.