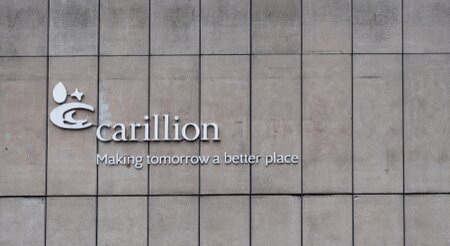 The Insolvency Service has announced that

A reminder;  The UK’s second largest construction company failed due to mounting up a debt burden of £1.5billion and was put into liquidation.  Carillion were one of the governments largest contractors, involved in projects including the Royal Liverpool University Hospital and the HS2 Rail Link. Additionally, they provided services which helped to run libraries, schools and prisons.

Let’s explore some of the effects as a result of their failure:

Looking through insolvency figures from 2018, we can see that there was an increase in construction industry failures. Although it is difficult to put this down to Carillion alone, there were definitely some  related failures. For example, sub-contractor, Lambert Contracts Ltd. It is believed that the collapse of the giant exposed a domino effect, with many smaller businesses (painters, tilers, roofers, electricians) and suppliers closing as a result from the firm’s demise.

Being a contractor to the government, the collapse is said to be an explanation for the strain we have seen on some public services recently, in particular the NHS. Two multi-million-pound hospital construction projects have been delayed – by as long as four years!  One of these being City Hospital in Birmingham, where plans to be refurbished are halted and now inadequate facilities are left. Additionally, £150m has been charged by the taxpayer, meaning funds could not be invested for more appropriate use. It’s believed that these cuts are causing poorer staff performance and motivation and destabilised morale.

With the loss of a giant, the Government have had to outsource over half of their amount of work. 53% was the increase of outsourced contracts from 2017 to 2018 – with almost £2bn of the £95bn, being for Capita and Interserve. This was thought to highlight problems with the Government, who are being accused of failing to learn from the collapse and properly respond. Was outsourcing the right choice? What has happened to quality? Any real cost savings?

10% of the redundancies were apprentices, studying to be qualified in construction. The collapse massively impacted upon such individuals who had to restart qualifications and stop their academic development.

With the unpaid contracts and the unprotected trade credit, linked to Carillion, greater protection schemes (including the demonstration of prompt payments) have been implemented, to ensure business relationships and contracts are safe and professional, to prevent a similar ordeal from happening again. Additionally, this aims to encourage businesses, consumers and contractors to take out trade credit still – providing them trust and protection in similar situations.

Carillion themselves, are believed to have used their domination, to squeeze smaller firms with late payments and unreasonable payment terms – acting unethically and not how was favoured.

So, a year on, and look at today’s world… a retail crisis, an increasing amount of insolvencies, a strain on consumer spending. It is certainly a tough market to be in.

Rebecca Dunne, the author, is the freelance writer for KSA Group, who are Licensed Insolvency Practitioners in the UK, established in 2000.  KSA Group run www.companyrescue.co.uk which contains over 2000 pages of useful information for struggling businesses.