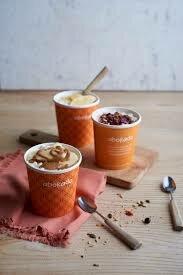 Healthy restaurant group, Abokado, has called in Benjamin Wiles and Geoffrey Bouchier of Duff & Phelps after being unable to reopen its London based estate, due to Covid-19 lockdown.

Mark Lilley, CEO and co-founder to the chain, has acquired the group, which has 19 restaurants. Documents filed to Companies House show a pre-pack administration sale had been executed to Montway Holdings, which Lilley solely owns.

150 staff have been made redundant.

There was attempt to sell the company in June, but due to the ‘’continued uncertainty, the accumulating liabilities and the existing leasehold structures’’, the group failed to secure sufficient funds which were needed to allow it to reopen.

Being wholly dependent on London’s office community, the overnight shift to working from home and the emptying out of central London has made its market cease to exist.

This administration process arises just a year and a half after the group announced growth plans. Later in that year, a company voluntary arrangement was used, shutting some underperforming restaurants, after seeing a sharp reductio