Winding up petition in Scotland 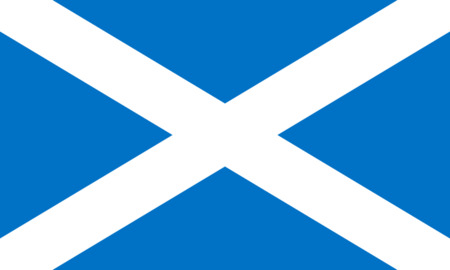 We are a Scottish registered company and a creditor has threatened a winding up petition. Is the procedure in Scotland different to that in England?

Yes. If a creditor issues a winding up petition your options are even more limited than in England. The reason is to do with the advertisment of the petition. To summarise, in England after the Winding Up Petition has been served, advertising cannot take place for seven days. (Please note that for the Petition to proceed it must be advertised no less than 7 days after service and at least 7 days before the Hearing). It is the advertising that can be the end of the company. Banks have a continual watching brief on the Gazette, where it is advertised. Once advertised they will almost certainly freeze the company's bank account, often the end of the company.

The reason behind the freezing is logical. If the WUP is ultimately granted, any dispositions which took place after the service of the Petition can be claimed by a liquidator as void, or voidable. This is because the legislation allows the Liquidator to claim back any monies paid out which he or she determines were not in the interest of creditors as a whole. In that event, the bank will be required to repay any such dispositions (payments). The freezing of the account itself is not a legislative requirement as such, it is merely a mechanism used by the banks to protect their position against possible claims by the Liquidator.

The Winding Up Petition (minimum debt in Scotland £10,000) dates from the presentation of the Petition at the court offices; when it is lodged. At this point a First Order is given. This First Order is the authority to serve and advertise. At the same time, it is ‘Walled’. This is the damaging part! Walling literally means the the Notice is pinned to the Court notice board for all to see...including the company’s bank! What do the bank do on spotting the walled petition? Freeze the bank account...immediately!

Whilst the respondent has 8 days to lodge defences,  there is NO delay period for advertising- the Petition is advertised at the same time as service and, more damagingly, it is Walled immediately. So in this case, if the bank has spotted this (and they will...remember they hold a watching brief on all wallings) and frozen the bank account, how would a director or board of directors manage to pay staff, pay suppliers for on-going stock, or pay lawyers and advisors to help prepare an answer to the petition and a CVA proposal? Sadly the answer is often, they cannot and the company is fatally damaged by this knock out blow and not even make it to the lodgement of answers resulting in an Interim Liquidator being appointed by the Court, leading to Liquidation.

One unfortunate side effect of this loss of grace period is that a petition may be issued maliciously and so damage the company. We advise clients in Scotland to lodge a caveat in both their local Sheriff court and the Court of Session. The effect of the caveat is that the court is required to notify the party who has lodged the caveat of the intention to proceed with the Winding Up. Then a Hearing will be fixed. If it is in a busy Sheriff court then the hope is that the Hearing might be a few weeks off. In a less busy court the opposite is the case.  The important point is that some notice is given which will allow directors the opportunity to prepare answers and a proposal to put to creditors for the repayment of debt over time while the bank account is operational. This is obviously vital for the company to continue to trade during this time. A WUP can be the death knell for any company, especially so in Scotland so it is vital to lodge caveats, as a matter of course, and act quickly if you sense a petition may be about to be served. Often there is a solution – the trick is to apply it before a Petition is lodged.