Who are Preferential Creditors? 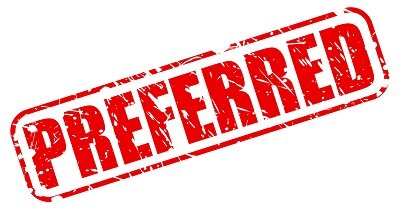 Who is classed as a preferential creditor?

Employees of the company are given higher priority as these people put their time and effort into the company. Any unpaid wages (up to a maximum of £800), pension scheme contributions and holiday pay are entitled to be paid. Employees have had and will continue to have, long-standing title as preferential creditors.

When the insolvent company has a lawsuit filed against them for wrongful action against another, the victim is often assigned a position of a preferential creditor.

In 2014 changes took place which meant that depositors protected by the FSCS gain preferential status to the extent that the amounts owed to them do not exceed the compensation they are entitled to under the scheme. There is a cap of £85,000.

The Banks and Building Societies Order 2014 added a new type of preferential creditor, secondary preferential creditors. This new class has been applied since 2015. They are paid after the ordinary preferential debts have been paid and compromise of the amounts owed to a depositor eligible under the FSCS but exceeding the compensation payable and deposits made through a non-European Economic Area (EEA) branch of an authorised credit institution which would be eligible for compensation from the FCSC if made through an EEA branch of that credit institution.

Where do preferential creditors sit in the ranking list of who will be paid?

They are paid after fixed charge holders have been paid in full. These are creditors who have an asset against their debt, so they are able to sell that security to recoup the money owed.

Pre-2002 HMRC was classed as a preferential creditor. In 2002, the new revisions of the Enterprise Act meant this right was removed, making them an unsecured creditor. Since then, HMRC has earnt the power to take the money they are owed directly from bank accounts of their debtors, depending on if they meet certain criteria or not.

As of 1st December 2020, HMRC rank ahead of floating charge holders in any insolvency. This may mean that lenders that you have personally guaranteed get less recovery, so exposing you more. This is all due to the introduction of the new legislation of the Finance Act 2020.

Please note. HMRC ranks as a secondary preferential creditor in relation to any taxes paid by employees and customers that are held by a business on their behalf, i.e. PAYE, VAT, NICs and Construction Industry Scheme deductions. For corporation tax and any other taxes owed directly by a company, HMRC will still remain an unsecured creditor. There is not yet any cap on the age of the tax debts which can have preferential status.

It is thought that in doing this, ‘’when a business becomes insolvent, more of the taxes paid in good faith by that business’ employees and customers will fund public services, rather than these being distributed to other creditors such as financial institutions’’.