What is Light Touch Administration? 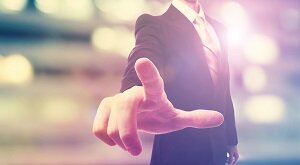 Following the Covid-19 pandemic and the threat to the viability of companies the idea of a "light touch" administration process has been talked about as an alternative to traditional administration where the insolvency practitioners take over all the companies operations.

In normal times, the falling of a company into administration was often blamed on poor leadership and management decisions rather than outside forces.  The arrival of the pandemic and the forced closure of businesses and social distancing has meant that directors are less culpable for the financial distress their company has been experiencing.

It has always been the case that administrators can retain the services of directors to help them to continue to trade the company whether as employees or consultants. This is set out in the Insolvency Act 1986.  That said it should be remembered that the insolvency practitioners running the business are liable in a similar way as the previous directors so keeping them on in a formal capacity could easily be criticised by creditors and if it all went wrong it might not look good.  Besides the administrators become personally liable for the actions of the company so they tend to be very cautious in handing over any powers.  So, a traditional administration is like emergency surgery with the insolvency practitioners in complete control.

"Light touch" administration is simply where the administrators allow the directors and their management team to run the company as normal, but with strict restrictions on spending etc.  Paragraph 64 of the Insolvency Act 1986 sets out that management can only do this with the consent of the administrator. The process of going into administration is still a powerful tool to stop creditors actions and give the company a chance to survive, albiet perhaps in a slimmed down form with new owners.

What are the advantages of "light touch" administration?

The obvious one is cost.  If the directors are helping to run the company this means less chargeable time being spent by the administrators on the minutiae but it also helps them to understand the workings of the company.  However, sometimes retaining management staff on high salaries but without the responsibilities may be costly.  As is often the case it totally depends on the circumstances and the makeup of the management team.  It is generally thought that "light touch administration" is best for large companies that were well managed and profitable before the Covid-19 crisis and will be viable once things return to normal.

What does it mean for employees?

It will be much the same as for traditional administration in that the reason for the administration is to rescue the business but also to pay back secured and preferential creditors.  Unfortunately this may well mean job cuts.  Generally, as light touch administration will be used for more solid businesses, then the prospects are better.