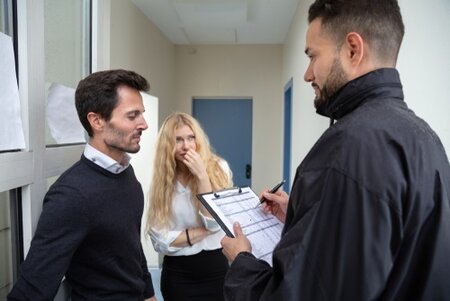 Creditors have the right to distraint, which is the ability to seize assets in lieu of debts, once they have been granted a court order. When it comes to HMRC, they can skip the process since they do not need a court order. However, they still have to adhere to strict regulations if they intend to recover their debts by way of distraint.

So, what is distraint?

HMRC may issue what is a notice of enforcement by way of distraint, enabling them to retrieve any debts they have outstanding from businesses. Often it is due to late payment of taxes. To go about this a County Court Judgment will be sent to the debtor, with the hope that they will respond with the money there and then. If it cannot be obtained then further steps are to be taken.

Can any creditor distrain?

Unfortunately for other creditors, only HMRC and landlords have the right to distrain and have goods removed from the business premises. Whatever is removed can then be sold at auction, with the money made from doing this used to pay off the debts.  Tools of the trade cannot be taken as these curtail the businesses ability to generate revenue. Any money left-over has to be given back to the business.

In the case of landlords, they must follow a Commercial Rent Arrears Recovery procedure instead.

As stressed above, HMRC still have to stick to strict regulations despite them not having to obtain a court order to be able to carry out distraint.  For example, the HMRC agent must present a certificate of identification, showing the debtor who they are and who they represent. Also, agents are not to force entry but may enter the premises via an open window. No violence or force is allowed, only passive force can be used (once they have entered).

It is a seven-day process from the receipt of the notice:

For limited companies, only items belonging to the company are included. This differs to Sole traders of which can have personal items included on the list being that the owner is personally liable.

What if there is disagreement to the amount claimed to be owed?

If this is the case, be sure to discuss with the creditors. Be aware that once the officer has entered the business premises, negotiation will not be possible. Therefore, take every chance to speak your point at the initial letter sent.

What are your options?

It is important to act fast. If the business is not viable and the debts are too great then a creditors voluntary liquidation should be looked at. Doing this can lower the risk of wrongful trading and can reduce the director’s personal liability. On the other hand, if the company still seems viable but is just unable to afford the all of the the debt, then an informal time to pay can be negotiated where all the debt is paid off over 6-12 months.  If this is not feasible then formal repayment plans are available such as a company voluntary arrangement.

Note that a notice of liquidation or a notice of intention to appoint can halt proceedings and stop goods from being removed.

HMRC has a lot of control as a creditor, more so than a normal creditor. Distraint defines the power HMRC get in addition to typical creditors, not forgetting that they must still abide regulations and try first to get the funds through a county court judgment.

Contact us at KSA Group if you have received a notice from HMRC, are looking to make a deal to repay the tax or if you would just like general advice on distraints and enforcement notices – our experts can help you. Remember, the faster you act the better and the greater the chance of unwanted actions being prevented.

Category: HMRC Time to Pay Arrangement for VAT and PAYE