What is Balance Sheet Insolvency? Is there a test for it? 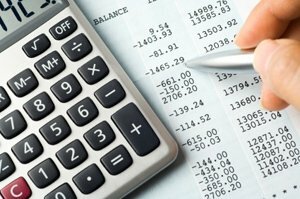 Many believe there is just one type of insolvency; when you are unable to pay money owed on time. While this is the definition of ‘technical insolvency’, it is not the only type you should be aware of.

In fact, there are actually two types of insolvency that companies should consider and these are known as the insolvency tests:

However, if a company is viable it can often negotiate its way out of cash flow insolvency. Balance sheet insolvency is much harder to rectify.

At the point where you think either cashflow or balance sheet insolvency might apply to your business, you need to act with your creditors' best interests in mind.

Determining if your company is insolvent should be at the top of your priority list. As a director, this may help you avoid accusations of insolvent or wrongful trading later on.

What is the balance sheet test for insolvency?

A balance sheet test is a legal exercise to establish whether your company is in an insolvent state.

A court will determine what value to attribute to the prospective and contingent liabilities of a company. This includes deferred payments or potential litigation decisions against a company, so a precise arrangement can be made.

If the court expects the company to meet all of its liabilities in reasonable time, it will not be deemed to be balance sheet insolvent. However, if it cannot fulfil its liabilities, insolvency proceedings must begin.

The burden of proof for these proceedings is on the party asserting insolvency. So, if creditors are trying to prove insolvency to initiate a winding-up petition, they must prove the balance sheet to be insolvent.  That said a court is unlikely to wind up a company just because it is balance sheet insolvent.  It will wind it up if it can't pay the petitioner.  Inability to pay demonstrates cashflow insolvency anyway.

What is the cashflow test for insolvency?

A cashflow test identifies if a company cannot pay its bills as they fall due, or in the “reasonably near future”. If the company is found to be cashflow insolvent, then it may be wound up under the Insolvency Act of 1986.

What the “reasonably near future” is varies according to industry and the commercial circumstances specific to each case.

However, the test has some flaws. The longer the time period used in the cashflow test, the more hypothetical the result becomes. Meaning, it’s not entirely reliable as it’s purely speculative. Therefore, the balance sheet test is often the only sensible test for determining insolvency in the long term.

There is a third test called the “Legal Actions Test” which is used by insolvency practitioners although it is in reality an extension of the cashflow test.  If a creditor has launched legal action to recover the debt then it is demonstrably unable to pay its creditors when they are due.

What should I do next?

It’s surprisingly easy to come to an incorrect outcome when trying to ascertain balance sheet insolvency. Many companies often discover far too late that an error was made, and their company is technically insolvent.  This might be failure to account for VAT properly, overestimate the value of stock,

A common mistake is over-estimating asset figures, so it’s important to get accurate valuations at the start of the process.

Contingent liabilities are often left out of calculations, meaning that a true and fair view of the business isn’t presented.

To avoid this, we would suggest bringing in financial and insolvency experts to help you determine whether your company is insolvent. Not only can they give you a clear and definitive answer, they can also suggest viable solutions such as administration, voluntary liquidation or CVAs.

To find out if your company is insolvent, talk to our experts at Company Rescue today.