What is a Phoenix Company And Are They Legal? 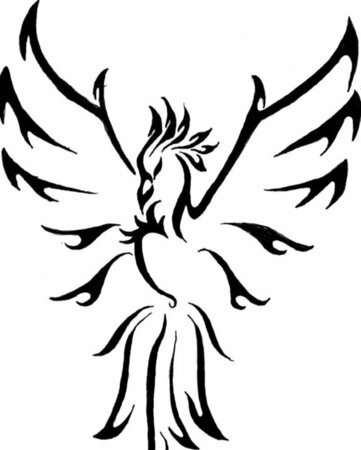 A phoenix company is simply a new company rising from the ashes of the old one (hence it gets its name from the the mythical bird of fire in ancient Greece which rises from the ashes!).

A phoenix company typically starts out after the "business" and or "its assets" of an insolvent company are bought in administration or liquidation by the company’s directors. The business continues trading as a new entity, starting fresh.

Is a Phoenix Legal Under Insolvency Law?

Yes! This process is entirely legal, so long that rules are followed and behaviour is not misleading or wrongful.

Phoenix companies do have some negative connotations with trade creditors who are awaiting monies owed and then see their debtors (the directors) starting out again, debt free!

‘Phoenixing’ is the term to describe when directors rack up debts, sell off the company’s assets to a newly formed company (usually under the same name) and to the same directors with assets transferred at below value or for nothing. This is all to benefit the directors, and not the creditors who are defrauded! This is not acceptable!!!  Hence now there are rules in place to prevent even the slightest possibility of such activity.

What are the rules for setting up a phoenix company?

There are many reasons why companies fail, not always being due to directors’ wrongdoing. Due to this the UK law allows company owners and directors to carry on trading in the same way as before, so long that the individuals involved are not personally bankrupt and have not been disqualified as a director.

The following rules must be complied with:

What do HMRC think of Phoenix Companies?

HMRC may demand VAT deposits for the new company, especially if they lost out in the liquidation of the previous company.

HMRC may take the view that the company has been liquidated purely to avoid tax.  If this is the case, they can reclaim it. There are ‘Anti-Phoenix’ rules from HMRC which apply to companies which meet conditions to suggest that they have been wound up simply to avoid income tax;

What if I want to carry on the business even if the company is insolvent?

This is possible…it is called a pre-pack administration. The sale of assets and the good-will of the company is pre-arranged in a deal/sale with the company’s directors. This tends to be the preferred option as it provides the best outcome for creditors so long the directors pay a fair price for the assets.

Another option is a creditors voluntary liquidation. A newly formed company can be created from a new company buying some of the assets and goodwill of the company from the liquidators (at a fair price determined by a valuer!)

In the case of companies failing due to misconduct by directors, investigations must be taken, and actions followed for those who have acted against the publics best interest.  When evidence is found, the Secretary of State has the power to disqualify the director for acting in the formation, promotion and management of a limited company for up to 15 years.

If you are interested in setting up a phoenix company from a pre-pack administration or company voluntary liquidation give us a call. We give practical advice and talk to you free of charge on 0800 9700539