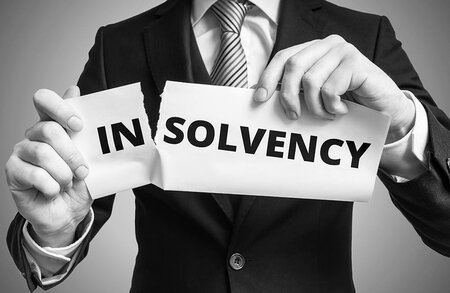 Voluntary Insolvency is the term given to a process whereby the debtor (the company or individual that owes the money) puts their hands up and says the current situation cannot continue as they cannot pay debts and need someone to help sort it out. The not so pleasant outcome is when a company or individual does not believe they are insolvent or simply doesn't care and one of the creditors forces a formal insolvency process on them. This could be compulsory liquidation (by issuing a winding up petition) or bankruptcy by issuing a bankruptcy petition. Either way in a compulsory process the debtor will be scrutinized more by the court and the official receiver than in a voluntary process where the appointed insolvency practitioner (IP) will be a bit more pragmatic. However, one must not forget that the insolvency practitioner's first duty is to the creditors. Of course, a voluntary process does tend to cost more as professional advice is given by the IP.

So what are the main types of voluntary insolvency?

For individuals it is the individual voluntary arrangement or trust deed in Scotland
For Companies it can be any one of the following:

For individuals the process is Bankruptcy or Sequestration in Scotland.

What are the advantages of a voluntary process?

Simply you have a bit more control over the process. In the case of a company voluntary arrangement you remain in control of the company and pay off a proportion of debts over an agreed time period. The insolvency practitioner acts as a supervisor. In the case of administration the IP will take full control of the business but this is normally a more extreme step. In a voluntary liquidation you do not need to go to the court. The creditors meeting is chaired by the IP, which you will need to attend, and they will deal with the creditors for you. In the case of a compulsory liquidation the Official Receiver (OR) has a statutory duty to look into your behaviour as a director and given that the company has completely run out of money there is a chance that you may be criticised. A liquidator appointed by the directors has a duty to investigate the actions of the directors if in the course of the liquidation something comes to light. This is different from a formal investigation into the directors by the OR.