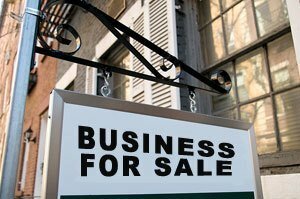 Due to the controversial nature of this transaction, especially when the new company is run by many of the same directors, there are many rules and procedures that need to be followed as per the Insolvency Act 1986 and the Statements of Insolvency Practice (SIP 16), to ensure that creditors are not left out of pocket. The Regulation of Pre-Packs The Administration (Restrictions on Disposal etc. to Connected Persons) Regulations 2021 became law from 30th April 2021.  This means that sales to connected parties will need to be "evaluated". Read our article here for more information.

KSA Group will only advise companies to use this powerful tool where all other rescue or turnaround options have been considered and discounted as there are lots of rules, regulations and costs that need to be considered. After meeting directors, free of charge, we will report that the other options are not suitable and then point out the benefits and downsides of administration as below.

Incidentally, please remember that KSA Group ALWAYS set out all options in writing, with there being no charge for this professional report. If your clients are struggling and are facing aggressive legal action, such as a winding up petition, then administration could be an option to consider.

Rules and Procedures relating to Administration;

What would be the purpose of the administration?
There are three purposes:

The Administrator must state the purpose in his/her report to the court. We believe that administration is often chosen to “achieve a better result” when CVA could have been used!

Directors can be removed within a short period to mitigate overhead costs. Thus, the Administrator controls the business activity, not the directors.

The insolvency practitioner will require the directors (and officers of the company) to provide full disclosure as to their actions by completing a questionnaire. The administrator then uses this completed questionnaire when completing this “D” Form in respect of all directors and forwarding this to the DeBIS with his/her views as to whether the directors have acted correctly or otherwise.

What happens to the secure creditors?

It is likely that preferential creditors, HMRC (from December 2020), employees for arrears of pay and holiday pay up to certain statutory limits, will receive a full dividend in most administrations. In the case of a pre-pack administration it is usual that any remaining employees are transferred to the acquirer, so there may well be few or no preferential claims.

Unsecured debt legally ranks behind most other creditors except for the modest recovery under the “prescribed part”. There is usually little hope of any dividend for unsecured creditors.

So how does a Pre-Pack Administration differ?

Typically a “Newco” is formed to acquire the business from the proposed Administrator.

The business is valued and marketed for sale.

An independent insolvency practitioner (IP) is appointed to act as advisor prior to becoming the Administrator. He or she will ensure that a contract to sell the business is drawn up and valuations obtained of the business and its assets.

He or she will open discussions with an acquirer such as “Newco”. Typically this Newco can be formed by the directors, trade competitors or new investors.

This approach relies on the Newco/acquirer purchasing the assets of the business, to try and ensure continuity.  The “company” is usually liquidated afterwards.

The value of the business should always be determined by an independent valuer such as a Chartered Surveyor.  This is crucial as in most cases people argue that the business was sold off cheaply to the detriment of creditors.

The process must obtain a BETTER RESULT than winding up for the creditors.

If the company was to be pre-packed then the “Newco” would need to ensure that premises, contractual obligations, customer contracts and asset finance are transferable.

TUPE issues apply in Administration; under the Transfer of Undertakings (Protection of Employment) Regulations 2006 the new company has to adopt the employment rights of employees and may not remove employees. The National Insurance Fund will not meet the claims of redundant employees. New case law in 2011 allows employees made redundant by “oldco” before the Administration to bring unfair dismissal claims against “newco”

Under SIP 16, insolvency practitioners must observe strict rules to be open in the transaction process under pre-pack. KSA Group believes that we will see a decrease in the number of pre-pack and an increase in CVAs as a result of this tighter legal framework.