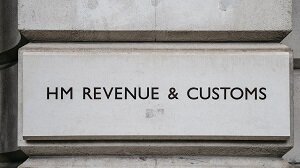 What is a personal liability notice (PLN)?

Section 121C, Social Security Administration Act 1992 gives HMRC the power to issue a notice to an individual officer of the company to be personally liable for National Insurance Contributions or NIC. This power arises where in the opinion of HMRC there has been fraud or serious neglect by the company to pay National Insurance. The legislation allowing HMRC to issue and enforce PLNs only applies to National Insurance Contributions and late payment interest and penalties arising from them. PLNs do not apply to income tax. An officer of the company is not just the directors. Senior managers and shadow directors can can liable as well.  The Finance Act 2020 has made this last point more explicit in that HMRC can issue a joint and several liability notice (JSLN) to anyone with a ‘relevant connection’

The HMRC do not want to penalize directors of struggling companies so generally HMRC may consider a case to involve more serious neglect where it can be established that, whilst not paying NIC,the company was making significant and/or regular payments to:

What happens during the personal liability notice investigation?

An Inspector from HMRC will:

The burden of proof is on HMRC to show wrongdoing.

Obviously, the best way to avoid personal liability is by paying the NIC over or appeal to the Tax Tribunal.

What if the company goes into liquidation?

If the company does go into the liquidation then the liquidator is duty bound to hand over all the relevant documents and evidence to HMRC so that they can assess what level of PLN can be issued and indeed who should be subject to them.