Personal Liability For Bounce Back Loans 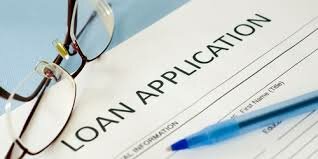 What is the Bounce Back Loan Scheme (BBLS)

The Bounce Back Loans were aimed at smaller businesses and were loans of up to £50k 100% backed by the government.  In addition, you were not personally liable for the loan if the company could not pay it back. You could apply for the loan on the basis of your trading in the last 2 years or predicted trading this year.  This ensured access to capital for thousands of small and medium sized enterprises (SMEs).  The big advantage of the Bounce Back Loan for directors is that lenders couldn't ask for personal guarantees.  However, just because they didn't ask for guarantees, doesn't mean that under no circumstances would you personally liable if the company couldn't pay.

What were the loans for?

The whole idea of the loan was to provide capital quickly for companies adversely affected by the pandemic.  The loans were to be used for;

So, if the business was not viable or was pretty much insolvent prior to the pandemic then the loans should not be applied for.  Yeah right..  Given the crisis that was engulfing the country it is not surprising that everyone applied for the loans.  No doubt some were  "economical with the truth" or exaggerated expected sales when filling in the application.  The problem is though that when directors did apply they did have to declare that the business was not "an undertaking in difficulty".  This was set out as per the EU State Aid Rules - Defined as:

Under What Circumstances Could A Director Become Personally Liable For The Loan?

It makes sense to pay off company debts, when you can. However, you must be very careful if you do this to the detriment of other creditors.  So, if you use a bounce back loan to pay off your brother, who lent you money to the company a few years ago, rather than HMRC or the bank loan, then you are in effect creating a preference.  I.e. prefering one creditor to another. This can be reversed by a liquidator at a later date, up to 20 years later!.  These rules apply if the company is insolvent i.e. failing any one of the 3 tests. Although this action may not make you personally liable it will certainly have an impact if the liquidator starts to demand money from family members.

If you take the Bounce Back Loan out of the company account and spend it on yourself for a holiday/car or just general living expenses then this could be regarded as the directors acting irresponsibly. However, be aware that if you have used the loan to pay off personal debts then that is pretty much fraudulent.  If the company cannot pay back the loan then the bank, or a liquidator, may well investigate where it went and conclude that it was "stolen" from the company.  The veil of incorporation will be lifted and you will be personally liable for the debts.   In addition, you may well be disqualified from being a director of a company.  So, basically it is not worth it.

But surely we are in a different world now?

Yes, and no!  The government has reinstated the insolvency rules regarding wrongful trading and it has not relaxed other parts of the insolvency legislation such as the creation of a preference.  So if your business was/is insolvent, which in legal terms probably was as the pandemic took hold, then the rules still apply.

The UK government will be keen to get money back from the Bounce Back Loans Scheme. Given that they estimate that 40% of companies will not be able to pay them back they will look closely at the behaviour of directors.

Can a Bounce Back Loan Be Written Off?

The Bounce Back Loan was a loan to the company, not to you as an individual. This is the case even if you are director and sole shareholder. Consequently, if the company goes into liquidation, or administration, then the loan will be written off.

If you need a way to deal with personal debts then Debt Management Plans, an IVA, or Bankruptcy are the way forward!