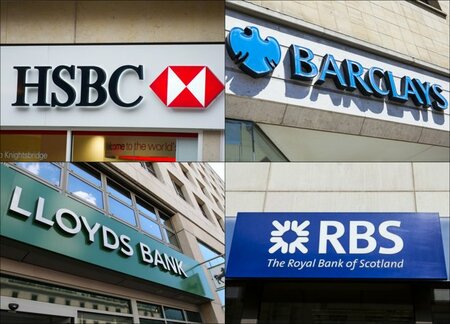 Between 2000 and 2014 many banks and financial institutions mis-sold complex financial derivative products and fixed rate business loans with hidden swaps to individuals and small businesses. Many businesses face challenges in bringing claims due to a lack of financial resources or because their claim is time barred. However, such claims can be extremely valuable and may be worth pursuing. Time bar or limitation may be less of an issue if LIBOR derivatives were mis-sold or if fixed rate loans or tailored business loans were sold. Recently, legal action reportedly worth £1bn was commenced against Clydesdale Bank and National Australia Bank (which also traded as Yorkshire Bank).  Each individual is seeking damages between £100,000 and several million. It is far easier for the defendant bank to settle each case individually and there may be a higher settlement offer in individual cases rather than group action.

Special thanks to Lexlaw who wrote this article

LEXLAW Solicitors & Advocates is a boutique City of London litigation law firm that partners solicitors and barristers and is the only law firm based in Middle Temple (an Inn of Court). In recent years, the firm has conducted and settled more derivatives litigation for SMEs than all other law firms in the UK combined. Call us on 02071830529 or email contact@lexlaw.co.uk. Visit www.lexlaw.co.uk or more information about our litigation team and our successes.

What are interest rate hedging products and how were they mis-sold to businesses?

Interest rate hedging products (IRHPs) are complex financial derivative instruments sold by banks to business and individual customers that are designed to protect them from future rises in interest rates. However, banks failed to explain the massive costs and risks of these IRHPs to their customers properly or at all.

As a result, when interest rates fell during the global financial crisis, businesses were locked into costly unsuitable IRHPs and were unable to exit the IRHPs without paying substantial breakage costs (which the banks had calculated before sale and then deliberately concealed from their customers).

In addition to the substantial breakage costs of IRHPs, the banks also secretly used the credit limit of their customers to protect themselves from any liability for the undisclosed IRHP breakage costs. This credit limit utilisation by the banks created considerable borrowing difficulties for their customers. Most customers still do not understand that the bank-predicted contingent liability risk was quantified and attached to their credit limit. The deliberate concealment of this CLU process may allow customers to bring claims outside of the usual time limits.

Over 60,000 fixed rate or tailored business loans containing embedded derivatives or ‘hidden swaps’ have been sold to SMEs by major UK Banks and Building Societies such as RBS, Barclays, Lloyds, HSBC, Santander, Clydesdale, Yorkshire, Nationwide and West Bromwich.  These ‘loan contracts’ are in fact regulated ‘contracts for difference’ and are open to legal challenge as they were thereby often mis-sold, for example, due to inadequate warning of break costs. We have litigated more cases than any other law firm in the UK and are settling cases constantly including cases involving ‘hidden swaps’. We are able to challenge the adequacy of the sales process via complaints to the Financial Ombudsman Service (FOS) or via the Court and often obtain settlements with major banks for clients.

In July 2016, she settled her High Court claim with RBS. While RBS denied any liability, it still agreed to bear a total financial cost in excess of £1 million in the settlement, which included repaying over 90% of her direct financial losses.

What did GRG and other bank BSUs do to customers?

The Global Restructuring Group (GRG) was a business support unit within RBS that was supposed to assist businesses in financial trouble. Following the credit crunch, GRG took control of 16,000 SME customers with a combined £65 billion of assets before reportedly being disbanded in August 2014.

In 2013 the UK government’s entrepreneur-in-residence, Mr Lawrence Tomlinson reported that GRG’s West Register, a group of unregulated subsidiaries set up by RBS, took advantage of struggling businesses to secretly boost RBS’s profits. Under threat of foreclosure of loans, often for technical covenant breaches only, the banks seized control of customer assets cheaply from businesses they claimed were failing even though often they had not defaulted on any loan repayments. West Register was therefore able to acquire assets at discounted prices.

In October 2017, the FCA indicated that RBS failed to support small companies and did not adopt adequate procedures in customer relationships. Despite vigorous efforts by us and many others, the complete version of the report remains secret. The FCA are abdicating their regulatory role by hiding the potentially damning report and we continue to call for its public release.

Bowlplex Ltd was established in 1976 by husband and wife Tony and Verna Standish in Poole, Dorset. The business grew steadily through the acquisition of additional sites over the years, and by 2007 Bowlplex was operating from 16 bowling sites nationwide, making it the UK’s third largest bowling operator.

In late 2008 and 2009, the whole UK bowling industry suffered a downturn as a result of the recession.  Bowlplex expected to trade through the recession with appropriate support from its bank, RBS. Unfortunately, despite never missing a single repayment, Bowlplex was transferred to RBS’s notorious Global Restructuring Group in June 2010.

Within a short time it became clear the bank was out to take control of the firm. This was communicated by RBS West Register, who said they would take 80 per cent of the client’s equity to maintain support. RBS, through GRG and West Register, obtained 80 per cent of Bowlplex’s equity. It wrote off £4.45million of debt. West Register received almost £14million on the sale of Bowlplex. The former owners of Bowplex, the Standish family are now pursuing litigation against RBS.

Do I need specialist advice?

The major banks are legally and financially sophisticated and employ an army of in-house lawyers as well as also instructing city law firms and senior counsel. We are well positioned and experienced in dealing with the bank and their legal teams. We have acted for hundreds of claimants in disputes worth hundreds of millions of pounds against most major law firms in the UK that regularly represent major financial services institutions. Our legal cases often garner national attention and our successes have helped hundreds of SMEs against major banks.