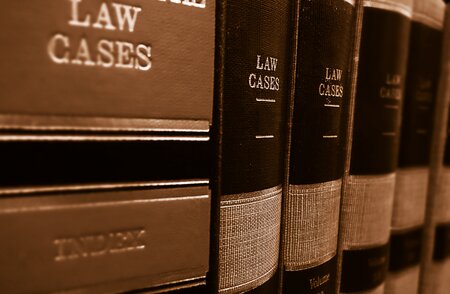 In the UK and many other European and Commonwealth countries, there has been a gradual move towards rescuing companies as opposed to closing down those that have not been able to pay their creditors.

Countries in Asia and the Middle East do not have any debt forgiveness and so companies with large debts are either bailed out or closed with the directors likely to find themselves facing sanctions.

Practicalities do sometimes take over the legislative process and with the recent financial crisis of 2008/09, many countries are looking more carefully at restructuring and insolvency legislation. For example, Poland is currently looking at a system of rescue and insolvency closely modelled on our own.

In the UK, the Insolvency Act 1986 introduced the concepts of administration and company voluntary arrangements. Prior to this, there was a system known as Receivership where the aim was for all remaining monies to be returned to the secured creditor.

The insolvency practitioner only had a duty to the secured creditor that appointed them and not to the creditor body as a whole. There was little scope for a rescue as that would have involved a more inclusive relationship.

The beginning of the rescue culture

Administrative receivership replaced receivership and the three statutory purposes of administration were set out in Paragraph 3 to schedule B1 of the Insolvency Act 1986:
Purpose of administration
3. (1)The administrator of a company must perform his functions with the objective of—
(a)rescuing the company as a going concern, or
(b)achieving a better result for the company’s creditors as a whole than would be likely if the company were wound up
(without first being in administration), or
(c)realising property in order to make a distribution to one or more secured or preferential creditors.

Source: legislation.gov.uk
The process of a notice of intention to appoint an administrator is also a way to protect a company from its creditors while a solution is found. A notice of intention can only be made if no winding up petition has been lodged. This procedure, in effect, allows a period of 10 days (this can be extended with an application to court) for a rescue or sale to be made.

Once in administration, the business and/or assets can be sold for the benefit of the creditors.
The 2002 Enterprise Act further aided the rescue culture by enforcing legislation to abolish the crown preference when a company enters administration. The crown or 'taxman' (HMRC) was moved down the ranking order of priority. This meant they were now below secured lenders and employees when it came to retrieving monies owed. See our infographic - who gets paid when a company goes bust.

Another procedure brought in was the company voluntary arrangement (CVA). This allows the company and its unsecured creditors (75% majority by value) to work out a settlement that is binding on the others. This has been put in place by Part 1 of the insolvency Act 1986.

Legal precedents such as Dollar Land and Newlands vs Seaford Investment trust has allowed CVAs to stop winding up petitions. Under case law, if a creditor has less than 25% of the overall debts of the company, they can be required to consider the proposal even when a winding up petition is issued.

A petition may be stayed and adjourned if a carefully structured plan is put together. If required, a CVA can be prepared quickly to show there is a “reasonable prospect” of the CVA being approved, then the Court will usually adjourn a hearing.