How To Stop a Winding Up Petition On My Company 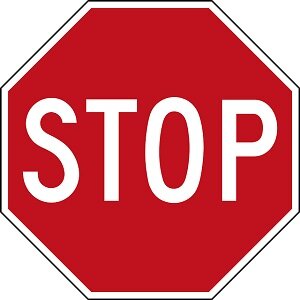 It is possible to stop a winding up petition being served against your business if you act quickly.

Here, we'll explore the steps you can take to prevent a winding up petition from becoming a winding up order and the eventual liquidation of your company.

Following emergency legislation enacted in the wake of the Coronavirus pandemic, winding up petitions can now be served on businesses.  However, the debt has to be in excess of £10k and there is 21 day consultation period to try and organise repayments. It won't be until March 2022 that a petition can be issued for qualifying debts under £10k.

What is a winding up petition?

A winding up petition is the most serious action a creditor can take to recover money owed. If successful, it will result in the compulsory liquidation of the indebted company.

Here is a quick breakdown of the winding up petition process:

You can find out whether a company you’re working with has been issued with a winding up petition by looking in the Gazette, visiting Companies Court, asking your lawyer, or subscribing to receive the relevant information.

What should I do if a winding up petition is issued against my company?

Do not panic. Many believe that a winding up petition is the end of a company. However, there are options available to stop your company from being wound up.

It is always best to seek expert advice from an insolvency practitioner (IP) to ensure everything goes smoothly. Try to do this as early as possible so they can assess your situation and act accordingly.

There are several options available to you throughout the winding up process. However, the method you use to stop a winding up petition depends on where you are in these proceedings. We’ll outline them here:

1. Communicate with your creditors

When it comes to creditors, the most important thing is communication. If your company is experiencing cash flow difficulties or needs to arrange new payment terms, tell your creditors as soon as you can. This is really important as they might offer you a repayment plan.

For example, HMRC is one of the UK’s most prominent creditors. It offers Time to Pay Arrangements for companies with cash flow issues. However, it only offers these to companies who ask for them, so make your request as soon as you can.

Communicating with your creditors will help put their minds at rest, keep you in their favour and prevent the situation from escalating further.

2. Do not ignore their requests for payment

Often, a creditor will serve a statutory demand to try to provoke payment. This gives you 21 days to:

A creditor may also try to use a CCJ to recover debt. You will have 14 days to respond to the court either with a full payment plan or evidence that disputes the claim. If you fail to do either of these, you’ll have a CCJ on your company’s credit report for six years which will affect its access to affordable finance.

In both these situations, it's best to take one of the options we’ve outlined. This will help you stop a winding up petition before its even begun.

When the petition has been issued, but has not been published in the Gazette

You should act before your creditors advertise the winding up petition.

Once it becomes public knowledge, your bank may freeze your accounts and you’ll have to cease trading. Other creditors may join the petition and this announcement could damage your reputation.

The core ways you can stop a winding up petition before the London Gazette advertises it.

Pay the creditor(s) in full

If you can, pay the full amount you owe to the creditor(s) who issued the petition. You may also be expected to pay the costs of bringing the petition to court (approximately £2,000 including solicitor’s fees).

To help with your payments, find out if your company is eligible for alternative funding including invoice factoring or asset-based lending. This will help you pay your debt in full and maintain business operations.

At this stage, you can inform the court that you disagree with the petition. This could be because you think the:

A legitimate dispute could allow you to apply for an injunction to postpone the advert, or even remove the winding up petition from the court's records.

You must have evidence to back these claims up, and you will require assistance from a specialist solicitor.

If you try to dispute the debt with insufficient evidence or mislead the court, you may face severe consequences.

Pre-pack or traditional administration halts all legal action against a company. This moratorium will stop creditors from winding the company up and gives you time to explore restructuring options.

At this stage, you could also consider voluntary liquidation. This will give you time to prepare to handle obligations such as personal guarantees, redundancies and lease terminations.

It may also put you in a better light when it comes to the liquidator’s investigation later. After all, if a director is found to have acted inappropriately it may result in their disqualification or being made liable for company debts.

A CVA is a repayment plan agreed between your company and at least 75% of your creditors. It is one of the most common methods used to stop winding up petitions.

You could also try an informal financial arrangement. However, this is not legally binding and may cause you difficulty if you default on payments.

Both of these options are useful but may not necessarily stop a winding up petition. If you arrange payment terms with one creditor (or a group of creditors), another may come forward and ‘take over’ the petition to recover their own debts.

Therefore, you must try to get the petition withdrawn from the court records, whatever option you choose to take.

Use a separate application to request to adjourn or cancel the hearing. You will need to file a statement explaining the reasoning behind this. You could suggest you need time for:

When the petition has been advertised

Most of the options from the previous stage are still available once the petition has been advertised. However, they are far less likely to be accepted. You can still try:

You can also apply for a Validation Order. While a Validation Order does not stop the winding up process, it does unfreeze the company’s bank accounts. This will allow you to implement the other steps in this section and perhaps even release cash flow to pay off your debt in full.

To stop the winding up petition from becoming a winding up order, you must prove that your company is not insolvent and can pay its creditor(s).

You’ll need substantial evidence to support this and the assistance from an IP or legal professional.

Do I have any options after the winding up order has been issued?

The winding up order issued at the hearing starts the compulsory liquidation process. You will have to work quickly if you want to pause or stop the winding up proceedings at this stage.

You can, however, apply for the following actions to stop your company being liquidated:

If you’d like advice about a winding up petition or compulsory liquidation, get in touch with our Company Rescue experts today.