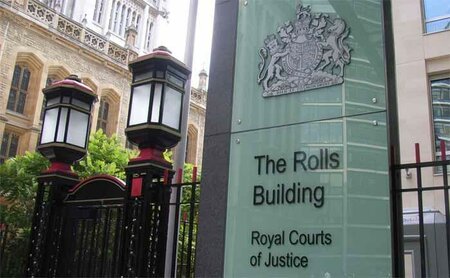 If you are concerned about the solvency of a company or before you take any kind of creditor action, it is advisable to check to see if a winding up petition has been issued by another creditor.

If it has, you will not need to go through the costly legal process yourself, but can still support the petition. In many cases, you will be able to reap the benefits from the company’s liquidation.  This process is known as “piggy backing” on a petition.

Here, we’ll explain how to find out if a winding up petition has been issued, and what your next steps should be.

If you are worried that your own business has been served a petition then the following still applies but it is best to get urgent professional advice as early action saves costs in the long run.

A quick recap: What is a winding up petition?

A winding up petition is often seen as the last resort for creditors. It usually follows several attempts to recover debt and sometimes even legal proceedings (e.g. statutory demands).

A winding up petition occurs when an unpaid creditor petitions the court to have the debtor company wound up. It is an expensive option for creditors, and has serious consequences for the company in question.

Here is an overview of the process:

If the court approves the petition, it is escalated into a winding up order and the process for compulsory liquidation begins.

The official receiver automatically becomes the liquidator, bank accounts are frozen and trading stops. The liquidator sells all assets and closes the company, then removes it from the register at Companies House. The Insolvency Service then investigates the director's conduct.

A winding up petition is the beginning of a very serious process, so if you believe you might be subject to one, seek expert financial advice straight away.

If you are served with a winding up petition, you will know first-hand that one has been issued. However, creditors struggling to recover debts are often unaware their debtor is in that position.

Here are three ways to find out if a winding up petition has been issued against your debtor company:

1. To Search for Winding Up Petitions Look it up in the Gazette

The London Gazette acts as the official public record for the British Government. It publishes all petitions in England and Wales as part of the legal process.

This is, perhaps, the easiest way to find out if a winding up petition has been issued as you can access lists of notices either in print or online.

The notice will contain information about when and where the court will hear the petition. It also invites other interested parties to support or oppose the petition, or give notice of their intention to attend the hearing.

However, it should be noted that the petition is only “advertised” in the gazette it does not have to be published there.  Also it may be advertised a month or so after it has been issued.  The petitioner can advertise it no later than 7 days before the hearing.  Quite often petitioners will not advertise it as it can have a very detrimental effect on the company worsening the position.

The Companies Court in London at

This is where the petitions are heard.  The court has a computer system that has records of all winding up petitions.  A couple of terminals are available for the public to check.

Once you have gone through security, use the terminals in the public foyer to conduct your search. These will tell you if a winding up petition has been issued.

This is an important stage, as you must complete a search on these computers before issuing a petition yourself.

3. Ask your lawyer or subscribe to receive the information

If you are likely to be issuing a petition you will be using the services of the lawyer and they will subscribe to receive information about new winding up petitions. However, this is very expensive and therefore not always viable for small businesses just doing searches.