A Guide To The Process Of Compulsory Liquidation 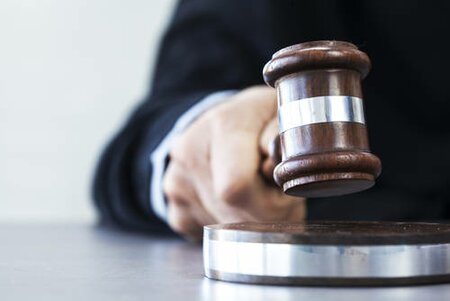 What is Compulsory Liquidation?

Compulsory liquidation is when a creditor forces the process of liquidation on a company. It tends to happen once creditors have given up trying to recover money from the company, so they issue a winding up petition to the court for the official receiver to liquidate the company assets and for them to then recover their debt.

If this happens, the company stops trading, directors lose control and the company assets are sold.

It is a serious action and can be detrimental to a business, however, it IS possible to stop compulsory liquidation, so long that you act fast in response to your company being "served a winding-up petition".

How does a company go into compulsory liquidation?

A creditor issuing a petition

Compulsory liquidation occurs when creditors have exhausted all other avenues to recover their money. Deals to repay may have been agreed between both parties, but the debtor company has failed to follow the agreement, demonstrated intractability or lacks clear communication. So a Winding up petition (WUP) is served to compulsory liquidate the company.

For WUP to be served, creditors must be owed at least £750. The sum must have been unpaid for at least 21 days (this stated and submitted by a statutory demand letter).

Being wound up in the public interest

This happens when the Crown or other agencies believe a company is contravening legislation or acting against the public interest. This action is rare, but when it occurs, criminal and/or disqualification proceedings are common. In some cases, the DBEIS/liquidator can press for action.

Be aware that HMRC is the most likely to ask a court to put a company into compulsory liquidation. Crown agencies issue over 60% of petitions. Why is that?

HMRC is an "involuntary" creditor. Because you are trading and employing people, the debt to the Crown increases. If you have tried to do deals to repay outstanding PAYE and or VAT and still fail to make payments, the Crown debt will be rising, so they decide to wind your company up. The company will then either pay, enter a CVA or administration or simply cease trading.

What is the process and how long does it take?

Compulsory liquidation has a varying time limit, but often takes upto a year. The process of issuing of the petition and when the Official Receiver is appointed can happen quickly. But the actual compulsory liquidation process itself can take time. The sale of assets can take time before the process is completed. While this is going on, the employees will be awaiting any outstanding payments, as will creditors. Take this in mind when choosing to use this process. Generally, a Voluntary liquidation process is a much faster process so you can get one with your life.

As a creditor, how much does it cost to put a company into Compulsory Liquidation?

To force a company into liquidation the costs are quite high, so a creditor must decide on the benefit - is it likely the debtor will pay up?

The costs vary, but a typical cost of the action will be £250-£500 for a statutory demand, and £1,000-£2,000 for a winding-up petition (including Court costs). Despite this, it is a very effective way of collecting more substantial debts when the creditor believes that there is sufficient resource to pay it. Many larger companies use established debt collection firms to collect their debts this way.

What are the consequences of Compulsory Liquidation on Directors?

Can the process be stopped?

We are pleased to tell you that yes you can stop, reverse and avoid this process! However, to do so, you must ensure you act fast once a winding up petition has been served.

Following the winding up petition you can choose from the following options:

If you act too late and the winding up petition is heard by the Court and issued, then there is no more that can be done.

Simply as mentioned above a liquidation that is compulsory is started by a creditor that goes to the court and asks that the company be wound up as it is insolvent.  In the case of a Voluntary Liquidation the directors sensibly realise that the company is insolvent and that they should act to start the process themselves.  The directors seek to appoint a liquidator, who has to be a licensed insolvency practitioner, to prepare a statement of affairs setting out the position and then  he/she will ask the creditors if they approve his/her appointment.  This can be done at a creditors meeting or by what is called deemed consent.  The process'  full name is creditors voluntary liquidation as ultimately it is always the creditors that have to approve and vote.  They can appoint their own liquidators if they want to ( this is rare).

Not much except that it doesn't cost you anything. 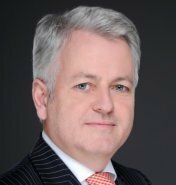