Companies in CVA - What Happens To Their Credit Rating? 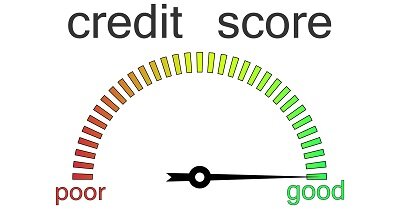 Clients sometimes ask us what will be the effect of a CVA on their credit rating or the company's.

The basic fact is that your personal credit rating will not be directly affected by your company going into a CVA.  However, when the company goes into a CVA then you will be expected to make changes and you will be required to pay back any director's loan accounts, in the first six months, as the price of HMRC's support.  Directors are not allowed to give themselves above inflation pay rises and they may be asked to put money back into the business, if it has been taken out. All this may impact your personal finances but it won't affect your personal rating unduly.  Some mortgage providers will ask if you have been a director of a company that has gone into an insolvency process and a CVA would be regarded as such.  The impact of answering yes to this question is not known, but we have not heard of directors having difficulty obtaining mortgages. It should be noted that if you were to be subject to an extensive "vetting process", ie having to sign the Official Secrets Act, then it could conceivably have an impact.

It should be remembered that the failure of a company that could have been saved by a CVA which ends up going into liquidation would be more damaging for obvious reasons.

What about the company's credit rating?

Unfortunately, the company's credit rating will be regarded as Zero or "no rating".  This is an irritation for us, as professionals, because the company is in a better place than it was before a CVA as it would have gone into administration or liquidation!  In many instances, the credit rating would have been low prior to the CVA but it doesn't seem fair.  The argument is that it is in an insolvency procedure and so is high risk, but it is impossible to assess its risk hence the "no rating".

What can be done about the Zero Rating?

Fortunately, there is a way to mitigate this by doing what is termed a "Hive".  This is where the business is hived off to another company and a new company (newco) is used to pay the dividends to the supervisor of the CVA and it is able to tender for new contracts with a credit rating as a new company which ironically is better than one in a CVA.  This is despite the fact that new companies have a similar failure rate after 2 years as a company in a CVA.  This solution is complicated and for more information on what is the best you should read our page on Hiving .

Will I have difficulty borrowing money for a company in a CVA?

In short yes.  If the company has a zero rating then it may not meet the criteria for lending by some institutes.  As explained above it is possible to set up an alternative vehicle to allow borrowing.  However, that can sometimes be expensive.  Some lenders will be happy to offer loans to companies in a CVA but in all cases these need to be backed up by assets and also a personal guarantee.  So, basically they are secured loans.  Our sister company Company Funding Options Limited an find loans for companies in CVA