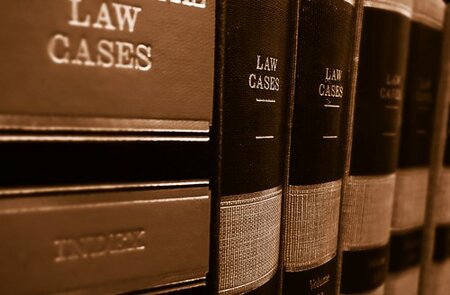 Recent changes to the law make it even more important that action is taken early!

It is an all too familiar scenario – a company is encountering difficulties and the directors feel that they can turn the company’s fortunes around if they can hold creditors at bay for a few weeks or even months until the business picks up, clients pay for work or they raise finance. The company may well have received CCJs, a statutory demand or even had a winding-up petition presented by HMRC. An unpaid creditor or the company’s landlord may be seeking recovery of premises due to unpaid rent.

Alternatively, if a winding up petition has been presented, the company can seek an adjournment of the petition hearing to allow it time to pay the petition debt or prepare a rescue plan.

To achieve the optimum outcome for the company, its creditors, employees and other stakeholders, the imposition of an interim moratorium via the filing of a Notice of Intention to Appoint an Administrator or the granting of an adjournment of winding up petition proceedings to provide time has been seen by many as an acceptable short-term solution to stop creditors taking action, whilst the way forward is worked out and a rescue plan implemented.

This must be a sensible and correct strategy, you would think? After all, it takes time for the directors and their advisors to formulate a rescue plan, to determine how it is to be financed going forward, to consult with key stakeholders whose consent is essential to make the plan work and decide whether it should be operated via an administration, company voluntary arrangement (CVA), or some other informal arrangement. Indeed, the Insolvency Service is undertaking a consultation on creating a general moratorium where creditors could not take any action whilst a distressed company plans a rescue strategy.

Well think again!
Two Court decisions have cast doubt on the above strategies and bring into question the use of NOIs for anything other than the appointment of an administrator and upon the implications of continuing to trade once a winding up petition has been presented.

S127 - Express Electrical Distributors Ltd v Beavis
The Court of Appeal held that a validation order under s 127 of the Insolvency Act 1986 should only be made after the presentation of a winding up petition if there are special circumstances showing that it is for the beneﬁt of the general body of creditors. The court held that whether or not a disposition was carried out in good faith in the course of business was not a relevant consideration when deciding whether to make a validation order.

As an example, the Court stated that a disposition may be validated if it would result in the fulﬁlling of obligations under a lucrative contract with proﬁts outweighing the value of the assets consumed as this would be to the advantage of the general body of creditors.

The general feeling is that the making of a winding up order will for all intent and purpose unwind any and all transactions that the company has entered into in the period prior to the order being made. They will be void and the recipient of any company funds or property will be required to repay the funds to the duly appointed liquidator even where the recipient was unaware of the winding up petition and has entered into the transaction in good faith, on commercial terms and in the ordinary course of business.
Validation orders will now be even harder to obtain and the Courts will be reluctant to grant retrospective validation orders. Applications  will need actual and concrete evidence of the benefit derived to creditors by the payment.

The Court Appeal held that for a company to be entitled to file a Notice of Intention to Appoint an Administrator, its directors must have a settled and unconditional intention to actually make the appointment. The Court made it clear that a conditional proposal to appoint an administrator, say where the company and its advisors investigate other potential options, such as a proposal for a CVA for example, does not entitle or oblige a company or its directors to give a notice under paragraph 26 of schedule B1 [i.e. to file a NOI] and obtain the benefit of a moratorium.

The Court observed that the circumstances in which a company may obtain the benefit of a moratorium in aid of a proposed CVA are limited to those companies that apply for and obtain a moratorium under Schedule A1. Regrettably Schedule A1 moratoriums are not available to every company and they are considered to be somewhat cumbersome, unwieldly and costly and, as a result have been only used on a small number of occasions.

The Insolvency Service is currently evaluating the responses to its recent consultation on the Corporate Insolvency Framework, with one of the proposals being that there should be a general restructuring moratorium that will be available to all companies and will act as act as a gateway to different forms of restructuring including an informal compromise with creditors, a contractual/consensual workout, a CVA or administration. Such a reform is welcome, particularly in light of these recent Court decision. However, it is unlikely that we will see any of these changes soon.

It is said that it is a sensible strategy to plan for the worst and hope for the best. Perhaps, the greatest impediment to doing so is human nature itself; companies and their directors will understandably delay seeking professional advice until they have exhausted all other options. However, the above cases demonstrate that it is vitally important to seek professional assistance at the outset of difficulties rather than at the last minute.