Are Directors Liable For The Debt In A Limited Company? 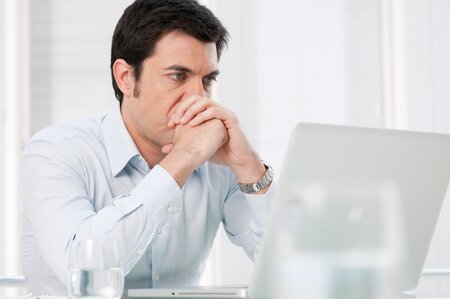 Many directors believe that they are personally liable for their limited company's debts if the business was to fail or become insolvent.  This could not be more wrong! It is important to remember the company’s debt belongs to the company. However, there are some exceptions which are addressed below.

So when can a Director be held personally liable?

Many directors arrange personal guarantees with landlords and creditors in order to acquire loans and funding. However, if payments cannot be met, the director is personally liable for covering the shortfall. This would affect a personal credit rating if he/she is unable to pay and ends up going bankrupt, or goes into an IVA.  This could mean that you will lose your home or other personal possessions.

If a company is doing well, directors can pay themselves a small salary and withdraw dividends from profits. They are charged at a low tax rate of 8.75% for dividends up to £50,270 and 33.75% above that level, the idea being that it incentives and rewards directors for making profits.

If the company starts to struggle and the director(s) continue to withdraw dividends, this is where problems begin. The tax rate effectively becomes higher, yet many directors do not realise this, so they continue withdrawing dividends. By being taxed too little, they are essentially therefore in debt to HMRC. This pattern can spiral out of control and eventually produce a large overdrawn directors’ loan account. If the company becomes insolvent, the director will likely be ordered to pay back everything they owe to the company.  However, a deal can be done with the insolvency practitioner depending on the circumstances.

This can be from obtaining finance by providing inaccurate or false information. The insolvency service is now investigating directors of companies who made false statements on Bounce Back Loan applications.  In the first instance, they will be disqualified for such actions. However, they may be made to pay it back.  This will be the case if the loans were not used for business purposes.

Disposing of company assets below their market value

This is really only an issue if the company goes into liquidation and the liquidator feels that this was a deliberate attempt to defraud creditors.  Under these circumstances the liquidator could insist that the money is paid back. If  the purchaser of the assets cannot then the director could be liable.

According to the 1986 Act, it occurs when company directors have continued to trade when:

If a director is found guilty of wrongful trading then they are often made liable for the debt, and may face imprisonment.  In reality, it is very difficult to prove wrongful trading and there have only been a handful of cases brought to court.

What about unpaid taxes such as VAT and PAYE?

As of 22 July 2020 the Finance Act 2020, Schedule 13 has empowered HMRC to transfer company liability to the directors. In doing this, HMRC can now hold the directors accountable for the tax debt of a company which has become insolvent (liquidation) or will become insolvent.

If directors are suspected of not paying HMRC the tax owed, either by “alleged” tax evasion or tax avoidance, then personal liability notices may be issued.  This enables HMRC to collect the tax owed directly from the directors.

The purpose of the new law is to target directors who repeatedly fail to meet tax liabilities through insolvency. Phoenixing or Phoenixism.  Phoenixing has been an ongoing concern for HMRC, and creditors, where a company is liquidated and then for the same business to re-appear from the ashes as a new company. In doing this it avoids debts to creditors and HMRC.  Generally, if this is done just once by a director, as a way of preserving a business and continuing to earn a living, it is not too much of a problem.  The issue is if a pattern arises that might indicate that the phoenixing is a ploy rather than a necessity.

Additionally, if you would like to liquidate your company, call us on 0800 9700539 or you can fill out a form on our www.liquidatemycompany.com website and get a quote in minutes. We can talk you through the process, organise the legal paperwork and begin proceedings.

Categories: What is Creditors' Voluntary Liquidation CVL, Implications for Directors