Advantages and Disadvantages of a Company Voluntary Arrangement or CVA 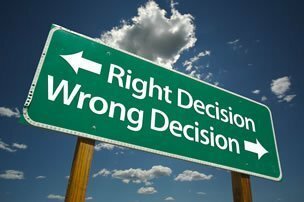 Any insolvency mechanism or turnaround project has a downside so it is best to understand what these are so they can be mitigated. First it might be appropriate to look at the advantages of the CVA ("the proposal") specifically and see the flip side.

The advantages of a CVA are:

What are the disadvantages of a CVA then?

So lets take these points in turn.

The directors remain in control

So for a voluntary arrangement to work the directors MUST CHANGE the way they do business; be more efficient, tighten up systems, drive down costs, increase sales. They need to do this more than ever as a failure of a payment will mean the failure of the arrangement. So it is really important that any proposal does not try to pay back too much too quickly. In a bid to win votes some proposals are too ambitious and put too much strain on the company. In others the costs are not cut enough. As such it is imperative that the company employs an experienced practitioner.

The company is given a zero credit rating

Once a company enters a company voluntary arrangement it has no credit rating. This may flag up with new suppliers and it may be difficult to re-tender for new contracts. The credit rating remains negatively affected as long as the company is in a CVA. To get around this a hive down can be done. This enables the debt and the assets to be separated between two companies. See our page on CVA with hive down.

The arrangement will run for 3-5 years

This can be seen as disadvantage as it is long-haul. The directors are going to have to continue to pay off a proportion of the old debt over a number of years. This is part of the process and is just the way it is. Yes, you can't walk away from the debt but pre-packs can leave a nastier taste with suppliers and customers.

A proposal cannot be put together quickly

This can be a problem so it is imperative that information from the company flows quickly to the advisors so they can prepare the statement of affairs. Basically though, the directors must act as soon as the company finds itself in difficulty. Initial advice is free from most practitioners and forewarned is forearmed.

A company voluntary arrangement does not bind the secured creditors such as the bank.

The secured creditor can enforce their security at any time so the arrangement does not protect the company against the lender calling in the administrators. However, as long as the secured creditor's debts are serviced and they are happy then it is not a problem. Most secure lenders are happy with CVAs. Those that aren't can sometimes be dealt with by finding someone else to take over and finance the debt. Talk to us about how this can be arranged.

75% by value of creditors have to agree.

This can be problematic if there is one large creditor that can have the casting vote. HMRC are very open to CVAs whereas landlords are not so keen. Landlords don't like them as it has the power to terminate lease obligations i.e vacate premises and any future debts or dilapidations are discounted to a value of 1 in the voting process.In essence a good proposal that is fit, fair and feasible has a good chance of being approved. Communication with creditors is important to get their support and this is again where it is essential to make sure you have a good advisor on board.